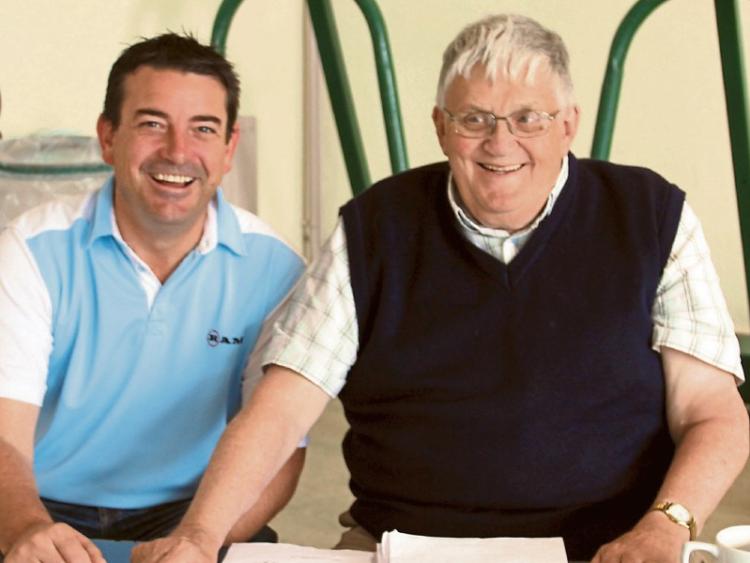 Paddy Verdon’s journey with life came to an end last weekend. On the eve of his club’s meeting with Doon in the senior hurling championship the lord called time and Paddy responded.

In my lifetime I have had the pleasure of knowing many great GAA people but to me Paddy Verdon stands at the front of the line. He was honourable, honest and most of all forthright in his views. He was straight to the point. Sugar coating his views was not part of his DNA, instead he would speak his mind and on most occasions he called it right.

The love of the GAA and the values that it expressed were principles he fostered. He was a player, a referee, an official at many levels and from all he won respect in both his native Tipperary and Limerick. I first got to know him through his involvement with Na Piarsaigh. He was very proud of the club and the people that had the foresight to create it. He served Na Piarsaigh in so many ways and he has left a rich legacy that has impacted on many. The last few months had been difficult for him with spells in hospital. He played a key role with others in the development of Na Piarsaigh and it was sad that he was not in Croke Park to see his club win the All Ireland title.

What set Paddy Verdon apart was that he was not afraid to speak his mind. He spoke with great honesty and this was not always appreciated by some people in power. At County Board meetings he would ask questions and demand answers. He made no secret of the fact that he didn’t like the way the Limerick County Board did its business.

From a young age hurling was part and parcel of his life. He often told me stories of great Tipperary players of the past and his time at the Abbey CBS in Tipperary town. The late great John Doyle was a great friend of his. Despite living in Limerick he continued to support the County Board in Tipperary and little wonder so many past and present players attended his funeral. The last few months has seen Na Piarsaigh enjoy great days but they have also lost two great GAA men in Dan Hickey and Paddy Verdon.

In Caherconlish last Saturday evening all stood in silent to honour his memory. The birds provided the soundtrack in the background. Paddy Verdon would have wanted that game to go ahead. From his home in Tipperary he could have landed a sliotar in the parish of Doon, he was well respected in that hurling stronghold and many took time to remember him to me at this game.

I mentioned at the start of this championship that winning sometimes take a while to leave the system. On the evidence of the last two games it appears Na Piarsaigh are a fair bit away in hunger, application and desire.

Doon were full value for this win and in reality they should have won with more to spare. I have always admired Doon. They take the game seriously and take pride in developing young players. They now have a fine player base and a squad that on any given day could beat all of the major teams. For some reason they have not got over the line.

I liked the attitude of Doon in this game. Declan Carr it would appear has put a fair bit of honesty into them. He will pick players that are prepared to work hard for the team and from what I saw in this game they have more of a cutting edge to them. They will need to reduce the frees and if they do that then they will increase their chances of going further in this championship.

The spine of the Doon team was strong and I was very impressed with some of their players. Eoghan McNamara was sharp in goal, Edward Kiely held Kevin Downes to a goal while Niall Maher and Richie English played well in defence. Darragh O’Donovan and Barry Murphy did well but the honesty of George Allis and Paddy Hands also helped.

I have often mentioned Michael Fitzgerald and he made a telling impact in this game. He is in superb shape, scored some great points and is the engine driving the forward line of this team.

After 15 minutes they had a five point margin, 1-7 to 0-5. Na Piarsaigh were struggling to contain them. Indeed were it not for the frees Na Piarsaigh would have been well out of this game. Shane Dowling was on target from frees but missed a few crucial ones.

Overall Na Piarsaigh looked far from settled -many of the players that should be leading the way struggled to get into the game. This defeat will have impacted on Na Piarsaigh but I do expect them to win their last three games. They are miles off of where they were on St Patrick’s day and unless they return to the values and attitude that saw them climb the hill they have little chance of repeating some of their success.

Doon have got off to a fine start but they have been here before. They need to push on now and make a major step this year. They have enough players to cause most teams problems but they will need to learn from their mistakes and push on when they have the advantage. They will need also to get a bit more from some players but as of now they are going in the right direction.

I know Declan Carr for many years. He will bring a freshness to them and will challenge them. With back to back wins it’s a good foundation for Doon to build from .

This was a difficult week for Na Piarsaigh. Losing games are one thing but losing a club icon had a chilling effect for all those involved with this fine club.

Timmy O’Connor put it best, “Paddy Verdon was such a part of our club. He set standards that have reaped rewards for the club and we will miss him greatly.

“He had a huge passion for our games and his memory will live long in Na Piarsaigh.”