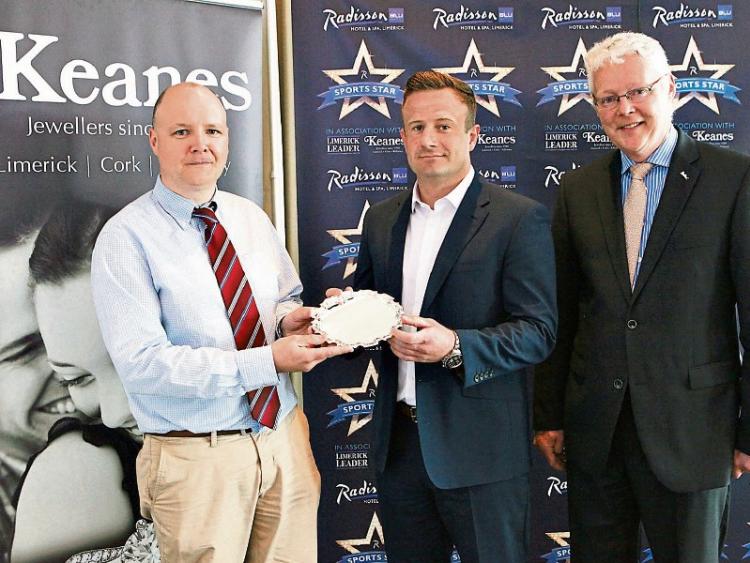 AFTER 17 seasons and more than 200 Ulster Bank League appearances for Shannon RFC, David O’Donovan called time on his decorated playing career at the end of the season.

O’Donovan won four All-Ireland League titles, six Munster Senior Cups in a row and an All-Ireland Cup with the Parish side.

The impressive record of more than 200 AIL appearances is unlikely to be broken and it was for reaching that milestone that the versatile O’Donovan was awarded the January Limerick Sports Star Award.

However, the 35-year-old is adamant that a bulging trophy cabinet is not what he takes the greatest satisfaction from as he starts out on the road from playing to coaching.

“Everyone says trophies are great but that’s that time gone,” O’Donovan said.

”I think the big thing with Shannon is that the environment has completely changed.  The young lads nowadays are being pitted against what happened 12 years ago. That was a whole different era.

“I think the club is starting to embrace the fact that it is different. I keep telling them that they need to create their own legacy. It is very hard to be weighed down by that level of expectation. I understand it playing for a club like that, but in some ways you have to let go of the past. For me I am the same, I cannot just say it if I don’t buy into it myself.

“It is great to have had the days I enjoyed, but I keep telling the lads that it is the hard days that make the great days all that much better.

“My mom has all my medals. I have great memories. But the memories aren’t from winning trophies, it is being in the dressing room, those two or three days you have together afterwards which are the things I remember.

O’Donovan admits his decision to retire from playing has a surreal feel about it.

“I haven't really had a chance to think about it because I went straight into helping out coaching the Shannon U-20s that won the North Munster on Sunday.

“I made my decision back in January that I was going to retire. I plan to stick to it. I have a couple of operations I need to get done during the summer. I need to get my nose fixed. It has been broken too many times.”