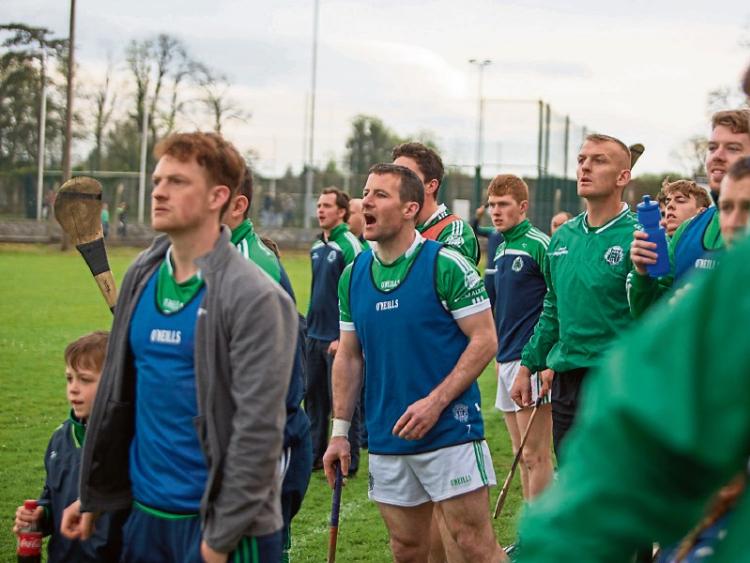 Limerick County Board missed a glorious opportunity, an opportunity that could have made a serious statement about club hurling in Limerick.

Last weekend we had the start of the senior hurling championship but sadly no real effort was made to make its launch any bit special. We had the All Ireland club finalists of the past two years meeting but instead of allowing as many people as possible watch the contest it was played as a single game. It should have been part of a double header and I can just imagine the crowd and atmosphere if it was played in Bruff alongside the Patrickswell and Adare fixture.

It was a great pity and hurling people were disrespected and many let me have their views in Bruff last Sunday evening. Playing single games is the County Board’s way of squeezing more from the lemon but I doubt it resulted in a swelling of the bank balance. At the end of the Monaleen and Effin game three quarters of the supporters left the venue. It was a strange sight. Yes others came through the gates but overall it looked to be a small crowd. The same people follow our games in Limerick and they deserve some value and respect from those looking after fixtures.

Contrast that with the Kerry County Board who this weekend will have four double headers spaced in a way that will allow as many people as possible watch the start of the football championship but also give value for money.

Limerick are struggling to balance the books and that will continue to be the way unless measures are taken to get the county in order. Regardless of the venue if we had a double header last weekend to launch the championship it would have sent a positive message to many levels of the association in Limerick but of more importance it would have given due respect to Na Piarsaigh as All Ireland champions.

Many people just didn’t go to the Na Piarsaigh V Kilmallock game despite the fact that it was the major attraction and regardless what spin the County Board put on it they lost the opportunity to really get the championship off to a flying start. Winning the open round will have given a major lift to many teams but at the end of the day the same major teams will contest the latter stages of the championship.

Long before a ball was hit in Bruff you could sense that Adare had traveled with memories of last year’s drubbing at the Gaelic Grounds fresh in their minds. Patrickswell came so close to winning the championship last year and in the semi final they brushed the tame Adare challenge away. The hurt of that defeat lingered over the winter in Adare and they came to Bruff with the greatest ingredient of all to win games. Their hunger was visible from the very start and it never waned during the game.

This was a good game but it never really sparked into the sort of contest we expected. Patrickswell got off to the ideal start when the impressive Aaron Gillane rattled the net inside a minute. He was going well in training and in county league games and he showed he has lots of talent in this battle. Kevin O’Brien did a fair bit of work in supporting him in attack. That early shock should have resulted in Patrickswell pushing on with real intent but in reality they were not allowed.

I was impressed with the way Adare sucked up that early blow. They were focused and with John Fitzgibbon calling the shots around midfield they quickly came to terms. Indeed Fitzgibbon’s goal came at a telling time in the game. Willie Griffin has for a few years now led the way in the Adare attack and little changed in this game. He finished the game with 0-9 to his credit, four from play and the rest from frees. He cut a dash every time he was on the ball and played a key role in this win.

Patrickswell were sluggish in the way they worked the ball towards their forward line. When they were direct it was fruitful but all too often they took a touch too many. Scores came easier to Adare and they showed a fair bit of character to fight back and lead at half time. It could have been worse for Patrickswell had Brian Murray not made a superb save from Declan Hannon.

The real difference between the teams was that Adare seemed to deliver a better team performance. Everyone was working hard and in the end that to me was the difference between the sides. Only a couple of points separated the teams in the end but this was a crucial win for Adare, a win that just might set them up for the rest of the season. It was good to see former players involved with Adare.

It’s not that long ago that Paul Keane was playing but he is now the manager. I am sure he has lots to learn but it’s a mighty start for him and his selectors Donncha Sheehan, Timmy Houlihan and Seanie Brennan.

It’s not the start that Patrickswell would have wanted but they have the ability to recover.