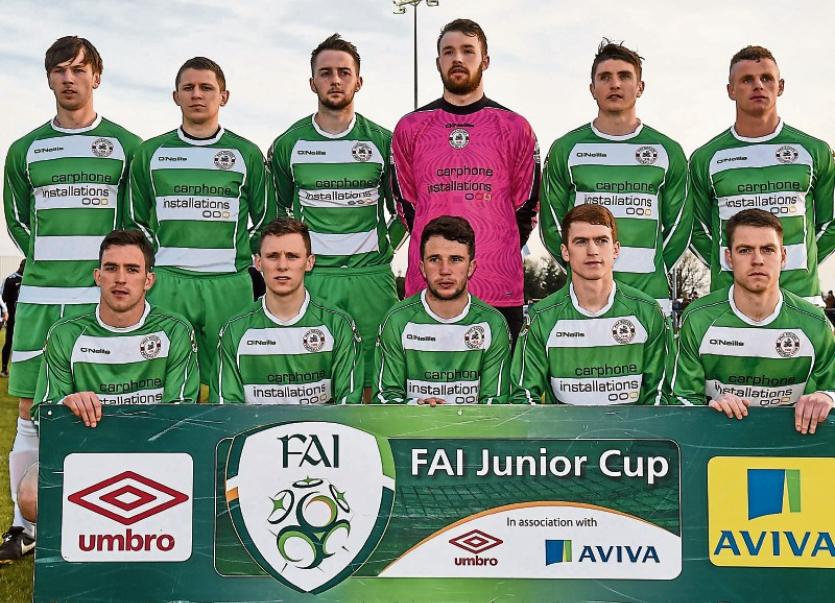 Pike Rovers carry Limerick hopes into the FAI Junior Cup final on Saturday evening in the Aviva Stadium in Dublin.

Standing in their way are the mighty Sheriff YC but there is a real belief in the Pike camp that they can put one over on the Dublin side.

Pike went through the campaign fairly comfortably until the semi final and although it took two late goals to seal the win, St Peters, their opponents, rarely looked like winning the tie.

A defeat to Carew Park in a vital League match on Sunday is a hiccup they could have done without but getting through the tie with no further injuries will compensate somewhat.

Pike await the fitness news on Pat Mullins with their game plan dependant on that.

Wayne Colbert has slotted in seamlessly at sweeper in Mullins absence but Pike could do with Colbert's physicality in the middle of the park.

The form of Steven McGann and Shane Walsh (who looked fit enough when introduced against Carew Park) is a major plus for the Limerick side and while three goals in their last three games is a worry, the form of Cian Collins and John Connery suggests a big game is coming.

Pike made a clever move when inviting Manager Mike Shiels back into the fold. He led Pike to the Premier title in 2014 but last season opted to take charge of the Clare Oscar Traynor side.

He returns this season with an impressive crew. Dave Ryan is assistant while sports scientist Keith Higgins is an assistant coach/nutritionist. John Earls is physio while Colm Lipper is the glue that holds it all together.

Sheriff won the FAI Junior Cup in 2012 and 2013 and were beaten finalists last year. We all know the talent at manager Alan Reilly’s disposal after defeating both Fairview and Janesboro on their path to the final but if the Pike youngsters can handle the big occasion there is no reason they cannot bring the old trophy back to Limerick.