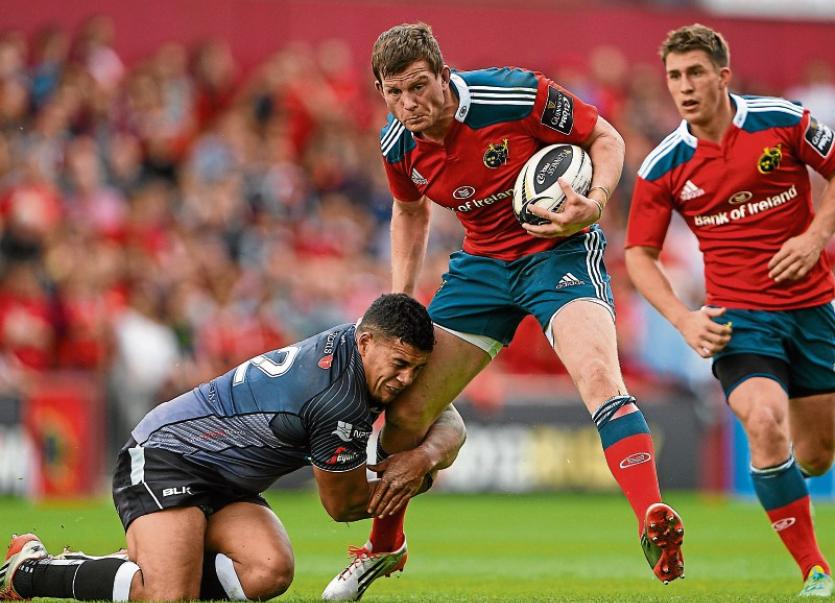 UTILITY back Denis Hurley has announced his departure from Munster.

The 31-year-old has played 166 times for Munster since making his competitive debut for the province against the Scarlets at Stradey Park in may 2006.

Former St Munchin’s College star Hurley made his Heineken Cup debut for Munster in the quarter-final clash with Gloucester at Kingsholm two years later when he was preferred to the most experienced Shaun Payne.

Hurley won his first international cap against the USA in Santa Clara, California and a Churchill Cup medal with Ireland A in the summer of 2009.

Hurley announced his decision to depart Munster in a message on Instagram. He has been troubled with a calf muscle injury in recent months and hasn’t played for the province since January.

Beside a photograph of him coming out the players tunnel at Thomond Park taken after Saturday’s Guinness Pro12 clash with the Scarlets, Hurley wrote: “One last walk out
My wife nabbed this pic after the end of season game on Saturday.

“I had our baby girl in my arms to get a pic together on the pitch. A moment she will never remember but both of us will remember for many reasons.

“All the memories this pitch has given us over the years and it culminated in a quiet moment for us to savour as a family.

“Happy to have played out my dreams here but now a new challenge awaits and we're excited about what may lie ahead. Thanks for all the support over the years.”