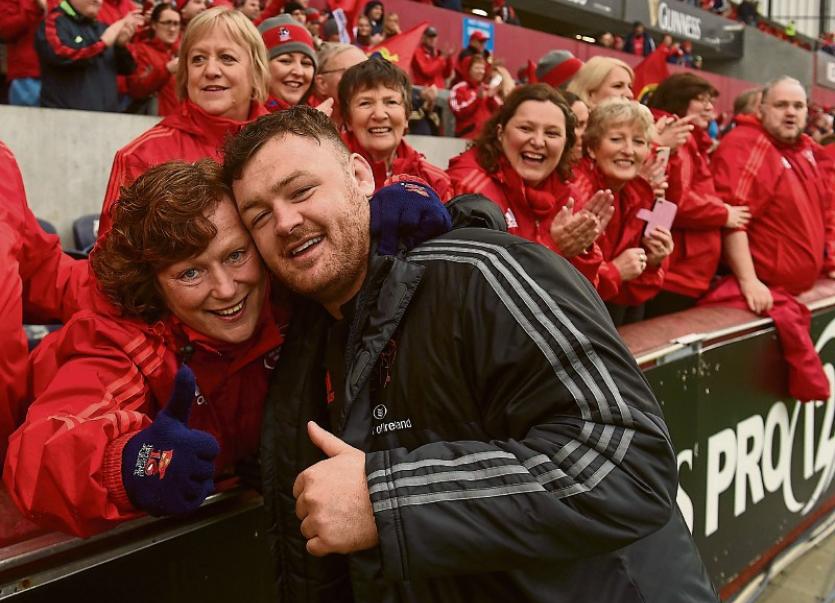 MUNSTER head coach Anthony Foley says he is unclear as to how his role will change with the arrival of the province’s first Director of Rugby this summer.

Former Springbok Rassie Erasmus will arrive at Munster on July 1 to begin a three-year term as the province’s first Director of Rugby.

Munster secured their qualification for next season’s Champions Cup thanks to a precious 31-15 bonus point victory over Scarlets at Thomond Park on Saturday.

While Munster CEO Garrett Fitzgerald has indicated that Erasmus will be responsible for picking the Munster team next season, it is unclear as to how Foley’s role will be impacted upon in other areas.

Foley, who is set to remain at Munster next season, said he is yet to discuss the situation with Erasmus.

Asked if he could shed light on how his role and that of Erasmus would work next season, Foley said: “No, I can't, purely on the grounds that I haven't spoken to Rassie yet.

“I just want to coach to be honest with you and that's hopefully what will happen, so until I've spoken to the man, until I've sat down and pressed flesh with him you can't really do anything.”

”It's not about me putting words or pressures on others. It's about me sitting down and having a proper conversation with the man and seeing where we go.”

Munster CEO Fitzgerald has estimated that qualifying for next season’s Champions Cup is worth €500,000 extra in gate receipts for the province.

While more than 18,000 match tickets, including season tickets, were sold for Saturday’s crucial game at Thomond Park, the actual number of fans who turned out was just 12,000.

Foley said it is crucial Munster push on from a disappointing season which sees them miss out on the top four play-offs in the Pro12 for a fourth time in 14 seasons.

Munster were the lowest finishing Irish provinces in the Pro12 with the three remaining sides making the play-offs.

Foley said: “We've missed out on the top four by six points so it's a, we can easily pinpoint where the points went begging but we need to build on what we have and a lot of that needs to be experience.”