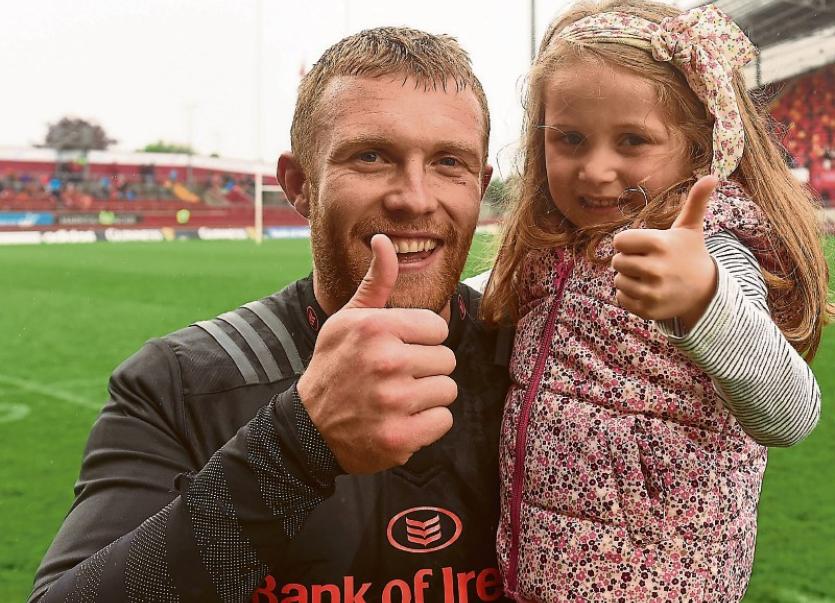 MUNSTER head coach Anthony Foley admitted there was a sense of relief in the squad after the province secured Champions Cup qualification for next season.

Two-time European Cup winners Munster secured a sixth place finish – and automatic qualification for the pool stages of the 2016-2017 Champions Cup – thanks to a 31-15 bonus point win over the Scarlets at Thomond Park on Saturday.

Afterwards Foley said: “There's a lot of relief in the dressing-room.

"You saw a lot of nerves out there, there was a lot of indecision and young guys who were carrying the weight of having to qualify for the Champions Cup.

"Hopefully, the kind of experience the have gained in the last couple of weeks will help them in the future when hopefully they can be challenging for trophies instead of just trying to qualify for the Champions Cup.

"We have been missing a lot of players, Mark Chisholm, Peter O'Mahony, BJ Botha, Denis Hurley, Felix Jones, there are five players straight off who weren't with us and it is understandable that were lacking players. But the guys who came in did really well for us.

"We did really well in this game at half-time to be 14-12 ahead, it gave us some breathing space which was vital because we didn't hold on to the ball that well in the first-half.

"It is always better to be in possession because then your actions dictate the game. They have a high tempo game but we executed on the back of a couple of turnovers which was a big help."