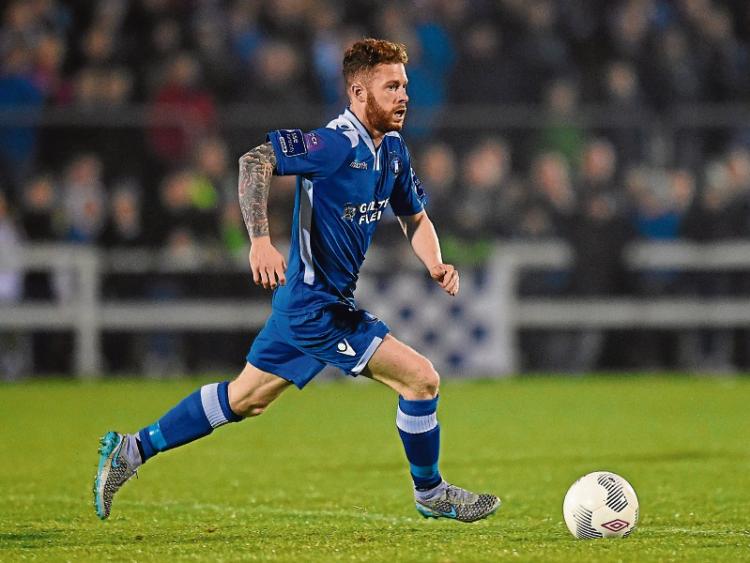 RUNAWAY leaders Limerick FC made it 10 straight wins in the SSE Airtricity League First Division when seeing off Cobh Ramblers on a 3-0 scoreline at St Colman’s Park on Saturday night.

Two second half goals from Lee-J Lynch on 66 minutes and Sean Russell late on sealed another impressive victory for Martin Russell’s free-scoring side.

Shane Tracy had given Limerick a 1-0 half-time lead thanks to a 15th goal from the penalty spot after Ross Mann’s cross was handled by a Cobh player.

The win has seen the Blues, who boast a maximum 30 points from a possible 30 after 10 series of games, enjoy a 12-point lead over second-placed Drogheda Utd.

Ross Mann replaced the injured Shaun Kelly in the Blues only change to their starting line-up from from Tuesday's EA Sports Cup quarter-final win over Galway United.

The game has been brought forward by 24 hours to avoid a clash with Pike Rovers FAI Junior Cup final fixture with Sheriff YC at the Aviva Stadium.