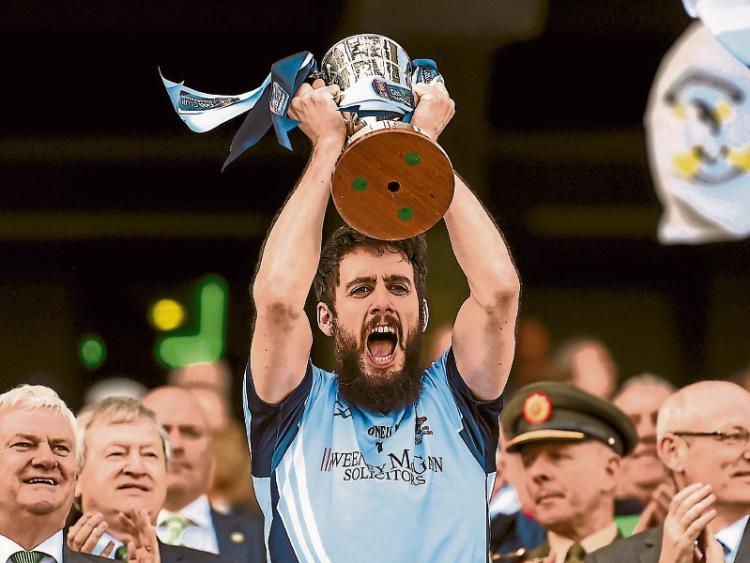 THE club championship is the heart of any county and this weekend the Limerick senior hurling championship gets underway with some great games in prospect.

It’s difficult times for many businesses but the Credit Union have come on board in Limerick and that’s a major boost to all concerned. For sometime now all club teams will have been working hard and the main aim to improve from where they were last season. In the case of All Ireland club champions Na Piarsaigh the hard works starts all over again.

They created history for themselves and Limerick but that will matter little in the local scene as others come in search of their title. Many will take to the stage but at the end of the day the honours will rest between just a few teams. The club is at the centre of the GAA and that foundation has played such a key part in developing games both here at home and now across the world. Every club will start out with great hope and dream of winning the local championship but in reality teams like Na Piarsaigh, Kilmallock, Patrickswell and Doon will have the biggest say.

The big game of the weekend will see the club finalist of two years ago Kilmallock face champions Na Piarsaigh in Newcastlewest. Over many years I have had much praise for the Newcastlewest venue but many people cannot understand what the CCC were up to when they fixed this game for the West Limerick venue. The venue is not in question from a quality point of view but just like in the past Bruff was the ideal venue to pull a huge hurling crowd. I am sure the CCC will have an answer but they can keep it as most hurling people find it strange to say the least. From a game point of view Kilmallock should come into this game fresh and with a fair bit of hunger. They will want to make a statement and now under new management I am expecting a bit of bite in their play. Ger Downes has taken over from Ger O’Loughlin as coach and it will be interesting to see what type of game plan he has in place for Na Piarsaigh.

Kilmallock have a lot of quality players but I would expect to see some youth making the step up next weekend. They will of course still look to the players that have done it before and they will have to show the way if they are to win this contest. This could be a testing opening game for Na Piarsaigh. Winning can sometimes take a while to leave the system and we will know more about that when Na Piarsaigh take the field on Sunday. All Ireland club winners don’t always return to the winning enclosure the year after but Na Piarsaigh will have gained a lot of confidence from such an historic win. Both teams will want to lay a marker and that should ensure a quality game of hurling. Regardless of the result next Sunday you have to think that both of these teams will have a fair say on where the Daly Cup will rest in 2016. Shane O’Neill might also want to add a bit of freshness to his team and he can call on some fine young players if he chooses to do so. I would expect this game to be close, will freshness and huger lift Kilmallock or will the greater balance of Na Piarsaigh see them through.

Patrickswell came so close to winning last year and I am sure they will have learned from that experience. They had the better of Na Piarsaigh but failed to close the game out.

This year Gary Kirby has returned as manager and he is joined by a strong backroom team while Declan Fitzgerald is the coach. They will want to build on last year and having seen a couple of their league games I think they are going well. Some of the younger players are showing signs of progress and that will add to the overall strength of the team.

The easy option for Barry Foley would have been to call it a day but he is the leader of the this young team and he showed real qualities after the loss to Na Piarsaigh last year. Adare have struggled over the past couple of years to find sustained form but you would have to think that they will have a real go for this neighbourly contest. On paper Adare have enough players to trouble most teams but they will need to show a more steely edge to their hurling if they are to come out on top here.

A long with Na Piarsaigh, Doon have been very dominant at underage for the past few years. They have a strong base of players with lots of hurling but failure to win big games in the closing stages of the championship has haunted them for a few years now. They face Bruree over the weekend and while Bruree did well to return to senior ranks one would have to feel that Doon will have the better of this battle. In saying that Bruree are a championship team and they will not shy away from the challenge. This could be close early on but I would expect Doon to win this game with a bit of comfort.

Both Murroe Boher and Ahane have found it difficult to eat with the big lads in Limerick over the past few years and they face each other on Sunday evening in Caherconlish.

Murroe Boher looked like they could do something a few years ago but that edge seems to be gone now. I would say they never delivered on the promise they had. Ahane have crashed out poorly in the latter stages in recent years but they do have enough quality to start off on a winning note in this game.

Of the two reaming games in the senior championship I think some teams will be under pressure to hold status. Ballybrown will meet South Liberties and this could be a close game. Liberties are now trained by former Tipperary player Tommy Dunne and it will be interesting to see how they have wintered. They will be short their best player over the past few years in Tom Ryan who is now out of the country. If Ballybrown get a hold of this game then they are good enough to win with a bit to spare.

The final game in the senior race sees Knockainey take on Bruff. Neither of these teams will hurt the big boys but the small matter of local pride should add a bite to this game. Bruff from results I have seen are not going well whereas Knockainey have had some good performances in the county league. On form Knockainey should hold the aces as their preparation is a bit ahead of Bruff.