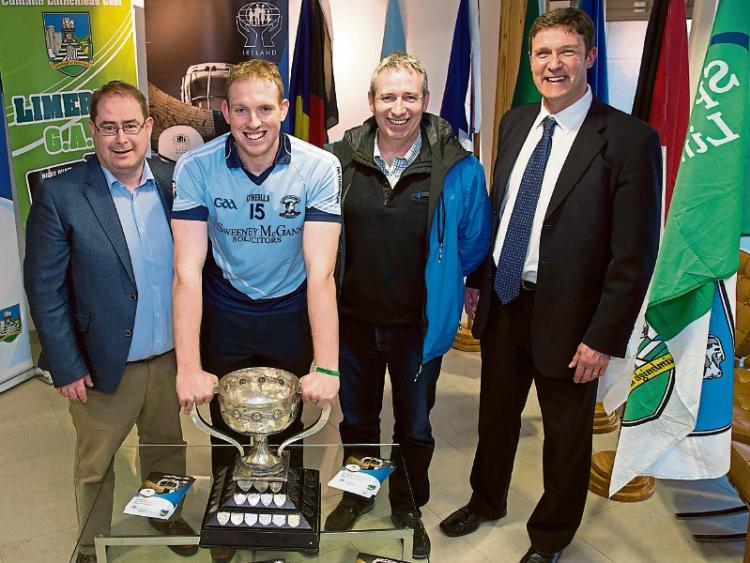 NA Piarsaigh are the hottest of favourites to retain their Limerick SHC ahead of the weekends start to the county championship.

Just over seven weeks after they created history in Croke Park to win Limerick’s first ever All Ireland club SHC title the Caherdavin men begin the defence of their county crown.

The bookies make Na Piarsaigh the 5/6 favourites to win -back-to-back Limerick titles for the first time ever.

First up for Na Piarsaigh is a mouth-watering tie against Kilmallock.

The duo have shared the last six Limerick SHC titles but neither have managed to retain the Daly Cup.

They meet this Sunday (7.00) in Newcastle West in one of six round one games in the Credit Union Limerick SHC.

Kilmallock are second favourties at 7/2.

Patrickswell were beaten in last year’s county final by Na Piarsaigh. Ciaran Carey and Mark Foley have since departed Patrickswell for the Kerry senior hurlers with Gary Kirby now at the helm in The Well.

Patrickswell face neighhours Adare in round one in Bruff on Sunday (7.15).

At the same time in Caherconlish there is a east Limerick derby between Ahane and Murroe-Boher.

Former Limerick and Dublin hurler Maurice O’Brien is the new manager of Ahane. Back in 2005 O’Brien won a Limerick SHC title with his native Garryspillane before moving to Dublin.

The fourth Limerick SHC game on Sunday is the meeting of neightbours Bruff and Knockainey in Kilmallock at 5.00pm.

Knockainey are newly promoted and managed by Patrickswell’s Natal O’Grady.

There are two games scheduled for Saturday in the senior championship.

The honour of opening the 2016 championship falls to Doon and Bruree, who meet in Hospital at 5.00.

Bruree were promoted last Autumn as Premier IHC winners. Steve McDonogh was at the helm last season but work and family commitments forced him to step back and Stephen O’Connell is the new manager.

Also on Saturday there is action in Clauaghun at 7.15 with Ballybrown playing South Liberties.

On Friday Garryspillane play Cappamore in Bruff at 7.15, on Saturday Croom play Granagh-Ballingarry in Croagh at 7.00 and on Sunday Monaleen play Effin in Bruff at 5.30.

The meeting of Monaleen and Bruff is a double-header with the senior encounter between Patrickswell and Adare.

The Limerick SHC was launched in the Munster Council offices in Castletroy where Credit Union was announced as the new sponsor.

“The sponsorship of Credit Union Limerick Senior Hurling Championship sits perfectly with the credit union brand and ethos. As a sporting organisation the GAA is unique, throughout Ireland the organisation acts as a hub for so many communities with a strong culture of volunteering on all levels. Credit Unions mirror the GAA in many respects, especially with the volunteer input and the presence in every city, town and village,” outlined the chairperson.

”Limerick GAA represents what is best within the GAA and the Credit Union sector is proud to support such an organisation as it reflects our involvement within communities both locally and nationally where Credit Unions are also very much embedded into the fabric of communities,” said Hogan.