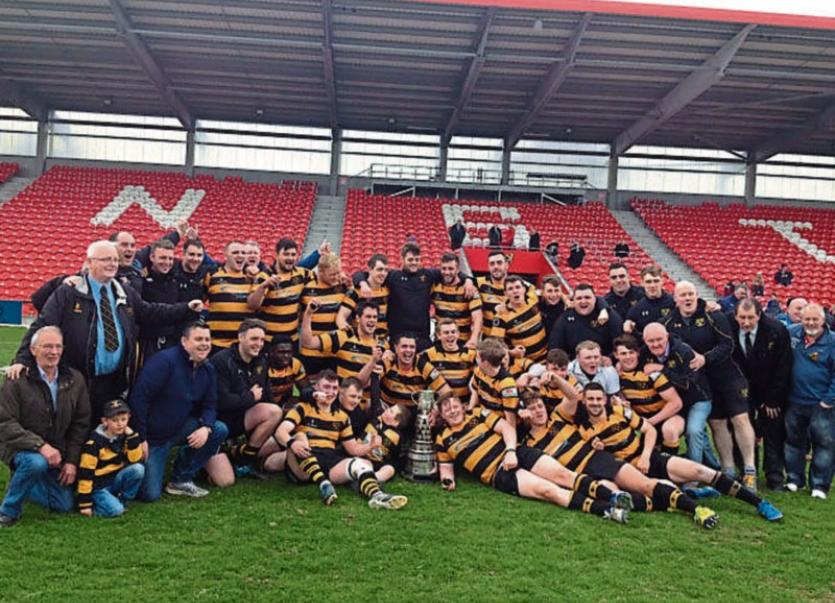 YOUNG Munster’s Munster Junior Cup winning coach John Staunton was ‘delighted and emotional’ after club had claimed ‘the Holy Grail’ of club rugby in the province for an eighth time on Sunday.

Munsters’ recorded their first Munster Junior Cup final success since 1999 when seeing off Cork Constitution 22-13 in a thrilling decider at Musgrave Park.

The Limerick side outscored their opponents by three tries to one to record a first title in 17 years.

Afterwards Munsters’ coach Staunton said: “For real rugby people the Junior Cup is the Holy Grail. Is is a competition lots of fellas have spent many years trying to win, losing semi-finals and finals.

“I think it’s more than 40 clubs who start out trying to win it each season. It is like the FA Cup.

“To say I am delighted and emotional at the moment is an understatement. I am thrilled to win it.

“The last time the club won the Junior Cup, Paul O’Connell and Mike Prendergast were playing on the team as was our current Chairman of Rugby Darragh O’Sullivan who played at out-half.

“Hands off the players for the performance they put in out there against Con, led by the likes of Rob Guerin, Darren Gallagher, Sean Rennison. They were exceptional.

“We made a pact today that we weren’t leaving Cork today without bringing the Junior Cup back to Limerick.

“It is about the players. I am only a facilitator. I am delighted for the squad given the effort they put in over the past number of weeks.”