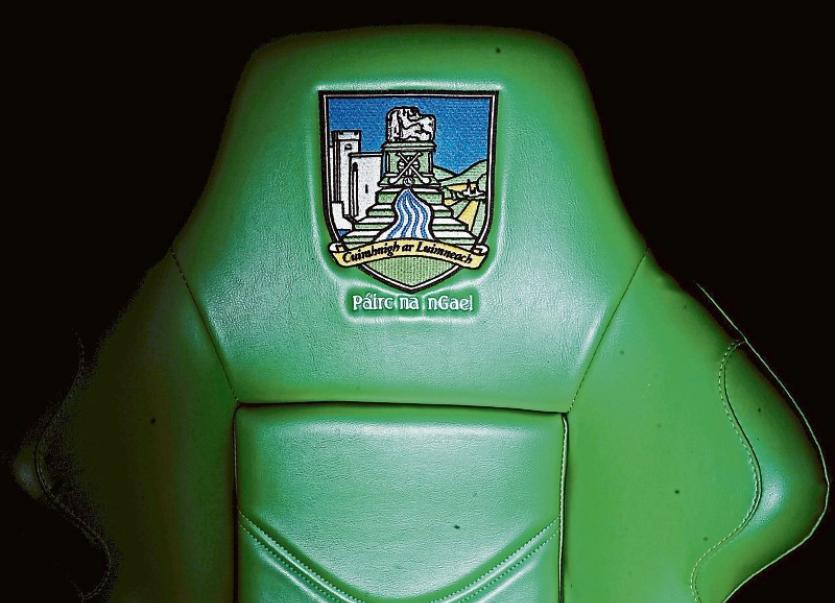 The post mortem of Limericks defeat to Waterford in the National Hurling League still goes on. If the amount of calls I got last week are anything to go by then it’s pretty safe to say that so many supporters are disillusioned and disheartened by the ongoing lack of performance by the senior team.

The people that took the time to ring me are far from fine day supporters, they have the love of the green and white deep in their veins and Limerick doing well means a great deal to them. One such man left a mark. He has lived for many years outside of Limerick but that has not prevented him attending most league games and all championship matches. His voice was strong and his passion for Limerick flowed with the speed of the River Shannon but I was surprised to hear his age.

Now 85 years old and living in Wexford he went on to tell me in some detail how upset he was to be in Thurles and to once again see the team fall well short of what was expected from them. This man was still hurting from the loss but most of all the lack of performance.

Since that defeat to Waterford and indeed to Clare the County Board have been very quiet and sure why wouldn’t they be, given that the three top men were the people that first made the appointment of this management team and also carried out the review. So expecting fresh thinking and clear analysis might be a step too far.

They of course won’t accept it but they have played a key part in the lack of development at senior level over the past few years and the charade that took place in the course of the review set the foundation for where Limerick hurling now finds itself. They all but ignored the clubs of the county in the way they went about their business and let it be known to them that they were backing TJ Ryan and that was that. They planned it to a tee but it’s a great pity they couldn’t put the same sort of planning and cuteness into driving Limerick hurling forward. When they went looking for a coach no one had confidence in them or the senior set up and it would appear now that many of those high profile coaches were right.

Look at the counties that are doing well and you will see that the County Boards are setting the tone for coaches to follow. Sadly the Limerick County Board has always struggled to set the tone. Time after time good people have been very badly treated and not always in the best interest of Limerick hurling.

All too often in the past it has been about getting their man into key positions over teams. It appears if you have a different voice and a different way of doing things your term is likely to end very quickly. If things were done for the good of Limerick hurling then we would have many more All Irelands in Limerick. Oliver Mann as chairman, Michael O’Riordan as secretary and Donal Morrissey as treasurer are calling the shots in the Limerick County Board but it might be about time they showed real leadership and made the big calls in the interest of Limerick hurling. Other lads at the top table can routinely nod their heads but that is of little use to Limerick GAA. Most people on the board don’t seem to have a voice because we hear very little from them.

Just like on many occasions in the past the Limerick County Board will camouflage things and place it under the bulging carpet. As a unit the County Board is not going in the same direction. For instance a few weeks ago we had the treasurer Donal Morrissey threatening that he would walk away if the position of secretary was not advertised. Meanwhile club delegates are still waiting for Donal Morrissey to produce accounts for Gaelic Grounds Ltd. He has promised to do so on many occasions but for some reason has failed to produce. This is surprising because as a limited company the Gaelic Grounds accounts must be produced every year and lodged with the companies office. Why haven’t those accounts been presented to the clubs of the county? The atmosphere must be difficult around the top table. So much time is spent minding one’s corner that the games so often take a back seat. One man sitting at the top table gave me an insight. “Lets just say the morale is low and it has changed a fair bit over the last few months. I don’t see it improving in the near future.”

So that’s the backdrop to the centre of Limerick GAA at the moment and we wonder why we can’t compete with the big boys. Unless we are right at the top we have little hope of getting it right on the field. It’s a top down approach and despite the cry by Oliver Mann for all to go in the same direction he might first want to get it right around the top table.

Oliver would like no comment on how the County Board does its business and give the impression that all is grand. That sort of outdated leadership is part of the reason why we are still struggling and will continue to do so unless hard honest calls are made in the best interest of Limerick GAA.

All too often the calls have a vested interest and for as long as that remains Limerick GAA will not be where it thinks it should be.