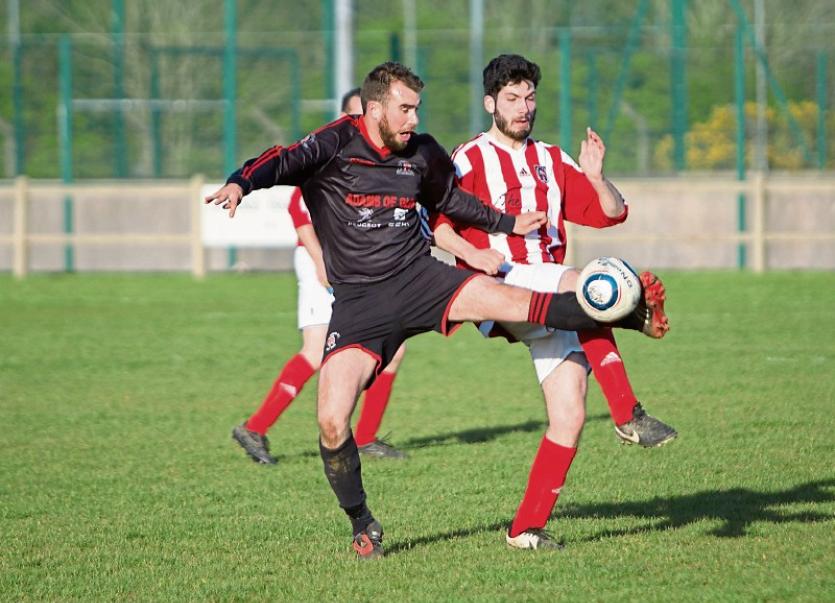 Frank Nelligan previews the big games in the Desmond League this weekend.

Rathkeale are bidding for their first appearance in the Final since 2011, when they lost to Newcastle West, having won it the year before by beating Athea United. Knockaderrry haven’t been in the decider since they contested consecutive Cup Finals in 2001 and 2002, losing both, the first of them to Rathkeale.

Ollie Dowling played in goal in the 2002 Final against Ballingarry and he was the hero in the third round when he saved all three Ballingarry spot-kicks in the penalty shoot-out victory against the Premier Division side. Knockaderry advanced via a penalty shoot-out again in the quarter-finals, beating Feenagh after a scoreless draw.

Ted Danaher was joint manager for those two Final defeats at the start of the millennium and he will be well represented on Saturday night as he has two sons on the side. Keith plays beside Micheal O’Sullivan in the centre of midfield, while Mark has been scoring goals from centre-forward. Robbie Egan also occasionally gets among the goals, even though he plays at left-back. Centre-half Brendan Hayes is joint manager of the side, along with Gearoid Whelan and Pat Downes.

Rathkeale manager John Coleman expects to be fairly close to full-strength on Saturday, with the only absentee likely to be left-sided midfielder, Dean Maune, who will probably not be fit to return from injury for another couple of weeks. That means Coleman will be able to select a very strong spine, with centre-halves Sean O’Shea and Darren Jones, central midfielders Keith Harnett and Gary Enright and strikers Pa Ahern and Timmy Hogan. Ahern has been featuring regularly in the scoring charts this season, while it is a considerable bonus to have a player like Harnett who can score from midfield.

Like Knockaderry, Rathkeale had to rely on a penalty shoot-out for their quarter-final victory, beating Carrig Celtic after a 2-2 draw. Their big victory in the competition so far came in the third round when they came from behind to win 3-1 away to Newcastle West.

Rathkeale beat Newcastle West 3-0 in the league last Saturday, which proves they are in fine fettle. They have pace and creativity throughout the side and so I think that they will have too much for Knockaderry, though I have no doubt that the Division 3 side will acquit themselves creditably.

The first Youths trophy of the season will be decided on Bank Holiday when Athea United and Broadford United meet in a play-off for the Youths Division 2 title.

Both finished the regulation league season with identical records of nine wins, two draws and one defeat. The two draws came against each other, another indication of how equally-matched these two sides are.

Athea United are managed by Stephen McEnery and Joe O’Connor. They are very strong in the centre of midfield with the Ryan brothers, James and Sean. Both of these have been among the goals this season, as have Andy Ahern and Adam Riordan. Riordan has impressed since transferring from Abbeyfeale United last September and the same applies to centre-half Evan Woulfe.

Broadford too have a strong central midfield in William Quaid and Micheal Begley. Quaid is one of the side’s top scorers this season, along with centre-forward Killian Lynch. Skipper Sean Brosnan has been very strong at right-back all season for managers Joe McAuliffe and Simon Lenihan, while Timmy Larkin very ably fills the left-back slot.

The two sides hope to also meet in the Youths Division 2 League Cup Final on Saturday week as they are both favourites to come through their semi-final encounters this Saturday. However, the league is the big one and so they will both be giving 100 percent when they meet on Monday. In a contest where the two sides are so evenly-matched, it may come down to which team has the most outstanding individual performer on the day and, on the basis that I think that may be James Ryan, I plump for Athea to win a knife-edge contest.