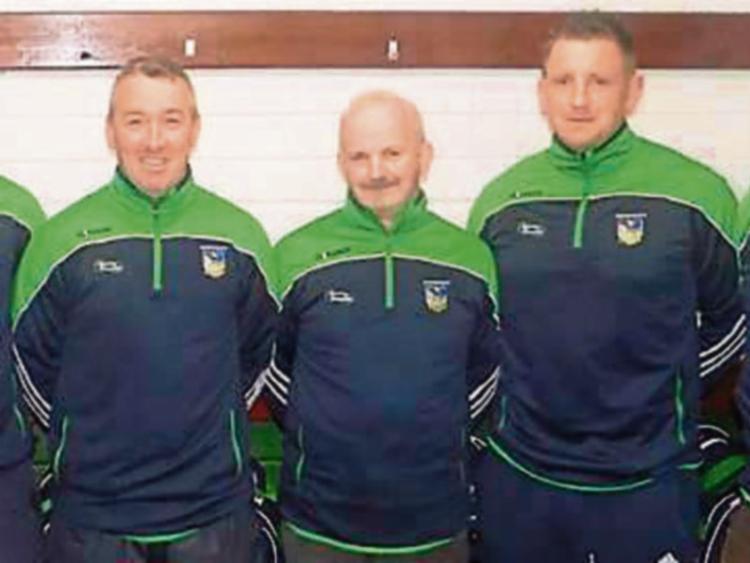 LIMERICK minor football manager Jerry O’Sullivan has pin-pointed a half time change of attitude as the key ingredient to his side reaching the Munster MFC semi final.

Limerick trailed Waterford 1-3 to 0-5 after playing with the wind this Wednesday night, but turned it around in the second half to book a May 11 semi final against Cork in Pairc Ui Rinn.

“We weren’t at the races at all in the first half - I couldn’t wait for half time to come to get the boys in and settle them down and have a chat. I think in the second half we showed the intensity that we needed to show in the first half and we got the result and we won and we are in a Munster semi final,” said O’Sullivan.

“I think fellas will be disappointed in themselves with their first half performance when they look back on it. They weren’t up to the speed of the game but in the second half they opened up their shoulders and did the simple things right. We kicked ball away when we should have been handpassing and we were giving wrong options . We weren’t playing the smart simple ball but in the second half we did and we had runners off the shoulder and we got the scores.”

The Newcastle West man added: “That was a scare and maybe a bit of a tonic to wake the lads up a bit”.

“Waterford got the start like we got the last night against Tipperary. We built on that start the last night but tonight Waterford didn’t - whether that was down to our defending or intensity when we upped it but I am glad to get out of here with a result,” said O’Sullivan after Limerick had recorded back-to-back minor football championship wins for the first time since 2008.

“People might not believe me but when you come to Waterford, be it football or hurling, it’s hard to get a result down here at any time of the year.”