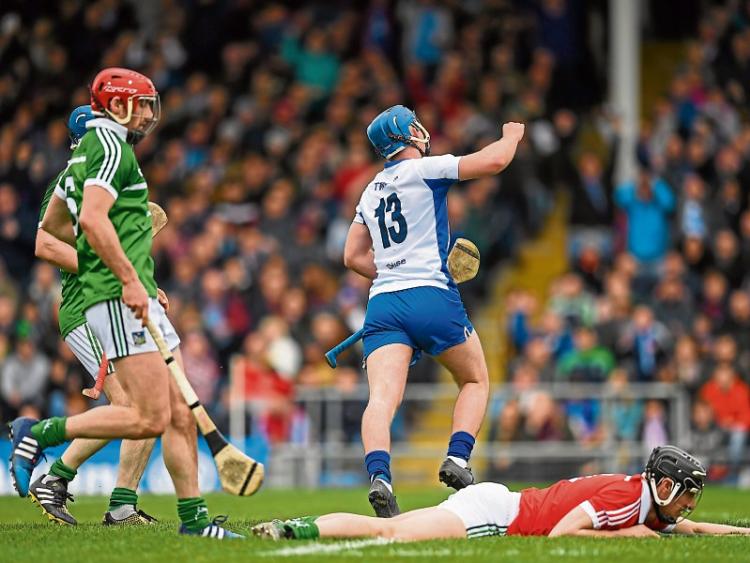 What ever about the vultures, last Sunday in Thurles proved that one swallow never made a summer as Limerick limped out of the National Hurling League semi final.

This was yet again a very poor display as Waterford just blew Limerick away in the second half. Limerick are playing a style of game that is alien to them. More than that last Sunday proved that the players have little faith in the system and the management, just like against Clare, didn’t have a Plan B.

What was clear also was that Limerick were unable to cope with the nature of the challenge, power and drive of Waterford. Time after time Limerick players were pushed off the ball and lacked the legs to chase Waterford who played with huge energy. Once again Limerick went with the sweeper system and if they are to have any hope of changing things around for the championship they might consider forgetting such a system and going with what is traditional Limerick hurling.

Trying to copy what others are at shows we are making it up as we are going along and that there is no real plan in place to advance Limerick hurling at senior level.

Overall this was a poor game. Yes the first half was close and we had some good scores from both sides but it lacked real quality. Tom Morrissey had a fine opening half with three points but like others he too was taken away by the Waterford tsunami in the second half. The last few years have yielded little by way of success at senior level in Limerick and the time for excuses is over. The manager must start to take responsibility for the way the team are playing because he must now accept that under his stewardship no progress has been made.

Oliver Mann set the terms and conditions for this year at convention and key to that was getting out of Division 1B. That target has been missed again. Beating Dublin went some way to taking the sting out of the Clare defeat but we now know that the performance against Clare was not a one off and last Sunday proved that.

Some of the changes Limerick made didn’t make sense and we can only take it that better-known players that didn’t start were dropped. I felt sorry for Gearoid Hegarty. He had a superb year with Limerick U-21s last year as a half back and for some reason a few months later he is landed in the half forward line. It’s not like we have solved all the problems in the defence.

The type of hurling we saw in Thurles from Limerick was more like tennis and many players have lost the ability to do what’s natural. The final scoreline doesn’t do justice to the dominance Waterford had and they could have ran out with so much more to spare were it not for a couple of good saves by Nicky Quaid. It was like watching remote control hurling as Limerick players persisted with the short passing game which really fell apart in the second half.

Waterford under Derek McGrath are going in the right direction. He has brought on young players over the past two years whereas Limerick failed badly to do that in the same time frame. Now the Waterford players are far more advanced while Limerick are expecting a bunch of inexperienced lads to carry the team.

All over the field Waterford had leaders - men like Michael Walsh, Jamie Barron and Kevin Moran add huge value to Waterford while the likes of Shane Bennett and Austin Gleeson are growing into top class young hurlers.

Once again it was Diarmaid Byrnes who led the way in the Limerick backs. He showed for the ball, took some fine scores but on too many occasions he was left with too much work to do. Richie McCarthy tried hard but when he travelled with the ball he ran into trouble and was forced to cough up possession. Other than Byrnes the half backline was cleaned out and all too often Limerick players were marking no one only space and this allowed Waterford to slice through them to serious effect.

I mentioned after the Clare game that almost every line in the Limerick team is in need of attention and repair and I saw nothing in this league semi final to think otherwise. Limerick supporters have lost confidence and the rant after the Dublin match by TJ Ryan is now ringing in their ears.

The period of forgiveness is over - they want results. I have been consistent over those years in how the team has played and how the manager has managed. Where they played well I called it that way and where they played poorly I did likewise. It’s not personal, because Limerick hurling to me is far more important than that. TJ Ryan coveted the job and I don’t doubt his passion for one moment but he is struggling with the foundation not to mind the building blocks of success.

Limerick will need to improve their hurling. They were slow striking last Sunday and on so many occasions players were blocked down or the ball was flicked off their hurley. The current system Limerick are playing shows no faith in our forwards and until that changes we will find it hard to win games of importance. Limerick need to go man to man and then and only then will we know where we are at.

What we saw in Thurles was players not knowing what to do - you could see the confusion in their faces. That is no way to play hurling. It’s a game of instinct and sadly we are not seeing that from Limerick at the moment. There is little point in playing a two-man full forward line and not hitting the ball into them. There is also little point in having your half back playing as a sweeper and coming down to the 21 to take frees, to find that the goalkeeper has landed the ball back to where he should be.

Losing in the way that they did last Sunday is not easy for the players and it’s not easy either for the management team but they will need now to pick themselves up for the championship. It can be done but it’s going to take a massive effort. They need to close ranks and maybe also close lips and focus on the task facing them. Hurling people around the county are not happy and in many respects have lost confidence.

One win in the championship could change that. Sideshows need to play second fiddle to Limerick hurling over the next couple of months. I do think there is much more in this Limerick team but they need to develop a plan that gets the best from the players.

That’s not the case at the moment but with focus, hunger and ambition they just might pull it all together.