Ivan Morris: This time it was McIlroy's driving that let him down 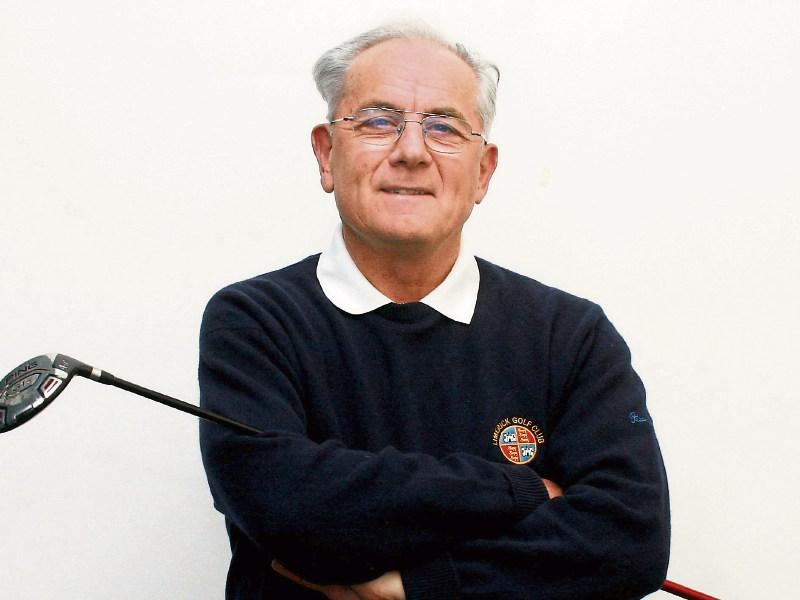 Like The Masters in the USA, the local golf season begins with a bang every year when the annual Robert's Cup and other attendant events are staged on a home and away basis at Limerick or Castletroy.

Last Saturday, it was Castletroy's turn to host and in spite the longest and hardest winter ever the course was as close to its best as it could be considering everything that has been thrown at it.

It was disappointing to see what was once a keenly fought and top notch annual fixture, the Robert's Cup, lacking a cutting edge. Castletroy won at its ease 16.5-7.5; an almost unprecedented margin.

Limerick Captain, Frank O'Mahony, had to ask 45-players in order to make up his team of 22-players in a sixteen aside encounter. That's unprecedented too and another example of attitudes to golf changing within young families.

Whatever about getting away for 18-holes, playing 36-holes no longer seems to be a realistic proposition in many homes.

The McPolin Cup for the under 18s at each Club was also played and there was some sparkling golf by both sets of teams, notably from Jeff Hogan, Dara Neville, Michael Kitt, Sam Burns, Ronan Fox, Robert O'Sulllivan, John R. Moloney and Cian McNamara (for Castletroy) and Marc Barlow, Kaylum Dwane and Cian Gleeson for Limerick.

The shot of the day by anybody on any of the teams on view was Cian Gleeson's brilliant 8-iron approach from 130-yards to within 4-feet of the hole at No. 18 to secure a brilliant win 1-hole over Adam Myers.

While the Robert's Cup and McPolin Cup were playing out, Chloe Ryan, the international was practicing all day long in the background, first on the practice putting green and later at the chipping and pitching area quite oblivious to what was going on around her.

No wonder she is so good! Such dedication deserves every reward that comes her way. Chloe is representing Ireland at Royal Troon this week in the Scottish Open Stroke Play - a form of golf that Chloe wants to excel at more and more.

Next month she will be playing in the Irish Ladies Close at Lahinch where she is also a member.

"I probably enjoy links golf most of all," she says "but I am not putting any extra pressure on myself. I will do my best to play my best and see where that takes me."

It has been a very good start to a very important season for Chloe; second place in the Irish Women's Open Stroke Play at The Island GC last week and a brilliant win in the R&A Foundation Scholar's Tournament at St Andrew's, which featured 10-birdies in 45-holes on the famous Old Course. That success qualifies her for a starting spot in a Ladies European Tour event later in the year - not to even mention the possibility of gaining a Curtis Cup place versus the USA at Dun Laoghaire in June.

It's a big ask but a win in Scotland this week would put her right in the frame.

A Look Back At The Masters

YEAR after year, The Masters is a drama featuring heroism and tragedy. Rory's failure to win was down to self-imposed pressure, bad judgment and mental mistakes.

Going into the water on the 11th hole on both Saturday and Sunday were astonishingly naive and reckless blunders. Day in day out, Rory's putting is not good enough but on this occasion his driving on a course that is relatively wide was his nemesis.

Only one shot back and in great position going into the weekend, he couldn't deliver. It's nothing to do with ability - it's his mental approach that is at fault.

The solution is to play your normal game but Rory doesn't do that at Augusta.

The tournament only became interesting in the last 9-holes when I forgot about the irritating course set up and 'ridiculously' fast greens to concentrate on who would win.

Spieth threw it away but he wasn't playing well and it caught up with him - as it always does. On the other hand, Danny Willett grabbed his life-changing opportunity.

Staying bogeyless in his final round deserved the victory that will make him a golfing immortal. Willett's final round was beautifully timed on the scoreboard. Like a racehorse when it sees the winning post, he went for it without a hint of back off.

It augurs well for Willett's future that his 'rounded' swing isn't 'hung up' on angles. He just aims and gives the ball a full-blooded swish. I'm not sure that Rory will ever have the capacity to do the same?

It's salutary to realize that if Rory had been bogeyless in the last round he would have tied the winning score.

The Masters has gone stale. Same course every year that has to be tricked up to only barely resemble golf. The hand picked field is the weakest of the four majors.

I probably think less of it than most people but I reckon I'm always a step ahead of the crowd.