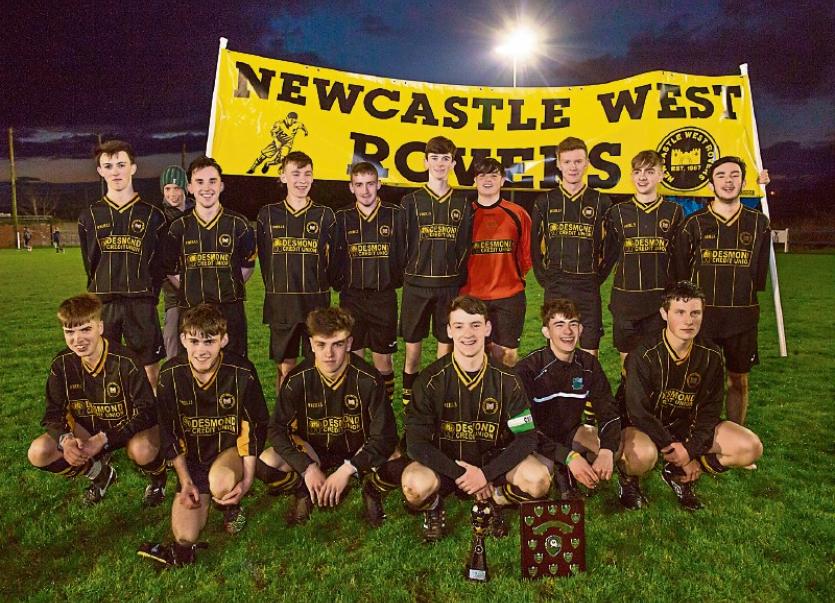 The first of the Desmond Cup semi-finals takes place this Saturday in Askeaton at 6.45 when Glin Rovers, winners in 2009, meet AK United, who are in their first season under that name.

Blaine Collins scored a hat-trick in AK’s victory and was joined on the scoresheet by Niall Maher. Both have featured prominently for AK in the scoring charts this season, along with Mike McCarthy.

Maher is a key player for AK in midfield and the same can be said for Darragh Walsh. Behind them, James O’Shaughnessy had been ultra-consistent at left-back, as has goalkeeper Richard Hayes. Alvaro Jimenez plays the vital role of progressing play from midfield to the attacking third.

Darren Sheehan is the player who performs the number 10 role for Glin and he does so to great effect, frequently supplying ammunition for his brother Paul and John Kelliher. In midfield, Glin can boast the formidable presence of Ed Horan and the electrifying talent of young Karl O’Sullivan. Piercing the Glin rearguard requires getting past the tight marking of Brian O’Donovan and beating goalkeeper Mike Stack, who was excellent against Broadford.

AK are having a tremendous season, leading Division 2 and looking a very good bet for promotion at least. That means that they have a lot to look forward to in their six remaining league games but it will be a major surprise if they still have an interest in the Desmond Cup after Saturday evening as Glin look like a team who are intent on bridging a seven-year gap.