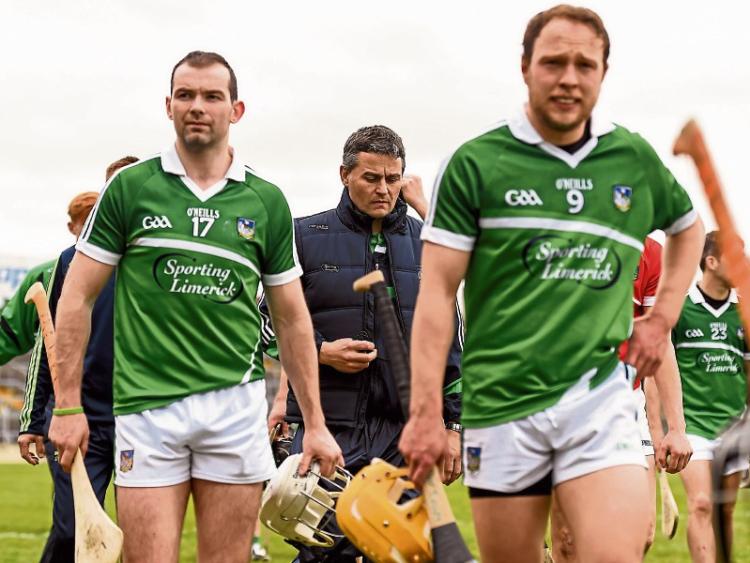 IN sport, confidence is the key ingredient to a winning team.

But a lack of confidence can trump all ability.

Without confidence - an assured hurler can fail to rise the sliothar, spill easy possession or find their lungs empty.

Without confidence - management will fail to make instant decisions.

Without confidence there is no success.

There is no denying that the panel of players and management are putting in the time on the training field and in the gym.

But on the field of play all appear paralysed by a lack of confidence or lack of trust in their plan.

A chance to end six seasons in the second tier of league hurling was on offer when Limerick went to Ennis on March 20. With 10 minutes to go Limerick trailed by four points but persisted to deploy a spare man in defence.

Why not go for broke?

“There is a difference between losing by four points and maybe losing by a lot more - think of the backlash of a big defeat,” remarked a source close to the Limerick camp.

Since Limerick departed Croke Park in August 2014 there hasn’t been progress - there hasn't been back-to-back performances against opposition of note.

Even in ‘routine’ league games, Limerick haven’t cut a dash or stamped authority throughout any 70-minutes.

Within days of that All Ireland SHC semi final defeat to Kilkenny in the rain of Croke Park, TJ Ryan was given a new three-year deal as Limerick hurling manager and rightly so.

After the early-season departure of joint-manager Donal O’Grady, Ryan had brought Limerick to great heights - and quality performances - in championship encounters with Tipperary, Cork, Wexford and Kilkenny.

“It is our wish that there be no vacuum and we move forward united together - there is a good foundation and we just want to make sure that we build on that,” outlined Limerick GAA chairman Oliver Mann to the County Board meeting that rubber-stamped Ryan’s new deal.

But it’s looking more and more like that result signaled the end of the planning process, never mind building on the foundation.

2015 was forgettable - for just the third time in a decade the Limerick hurlers exited the championship prior to the quarter final stage and that was on top of another failed promotion push.

Change was needed and promised for 2016.

At last July’s County Board meeting club delegates gave the go-ahead to the Limerick chairman Oliver Mann, secretary Mike O’Riordan and treasurer Donal Morrissey to meet with TJ Ryan for a review of 2015 before rubber-stamping the second year of his three year term as manager. The review process found that changes to the backroom team would best serve Limerick for the new season.

But it was to be three months later before that new backroom team was finalised at the October County Board meeting.

Even then it wasn’t smooth.

After Dinny Cahill’s proposal as coach by Limerick chairman Oliver Mann, there followed 10 minutes of debate. The chairman then sought a formal proposal from the floor but 28 seconds of silence followed until finally the unease was broken and only that there wasn’t a counter proposal, Cahill was rubber-stamped. Hardly a strong seal of approval.

Onto 2016 and the new Munster Senior Hurling League was satisfactory as Limerick went about their business of integrating the 16 members of the All Ireland U-21 winning panel that were part of the new 42-man senior set-up.

County Board officials and team management were in unison - promotion was the target.

“I think we are in a good place but we all know that this is a results based business. We will be judged by what happens on the field and that starts on Saturday evening,” said TJ Ryan ahead of the league.

Division 1B opened in fine style with Wexford swept aside, but there was to be no back-to-back performances with an edgy display next day out when the Ciaran Carey-Mark Foley factor with Kerry meant much media focus.

Offaly and Laois were routine if not altogether inspiring to set up the winner-takes-all clash with Clare.

Limerick were lacklustre in Ennis and defeat saw them charged with a lack of gameplan and intensity.

Redemption came by way of a quarter final against Dublin. A Saturday evening in Parnell Park offered solace away from the spotlight and Limerick performed - it was a display full of intensity and backed by a plan.

“Some of the stuff that’s been written, it’s just been wrong. If you come down to Limerick and listen to some of the vultures we have down there and read what’s being said. There’s hidden agendas all over the place,” said an irate Ryan, who perhaps could have kept his powder dry.

Ultimately the quest was to put back-to-back performances but Sunday’s defeat to Waterford didn’t offer any answers.

While the opening half was very open, Limerick led the contest by a point at half-time. All of a sudden came pressure and expectation and the result was that Limerick wilted. When Waterford upped the ante there was little resistance.

The task now is to regroup for a June 19 Munster championship semi final with Cork or Tipperary.

From some quarters there must be an injection of confidence to this Limerick set-up or the Summer will become very short.

Pat Lam with the Connacht rugby side or Claudio Ranieri with Leicester City soccer side show just what can happen when a side is infused with confidence. Closer to home Shane O’Neill’s Na Piarsaigh or John Kiely’s U-21 team playing with a similar confidence and trust in their game plan.

There is no doubt much work is required on the training ground but all the work in the world will be nullified by a lack of confidence.

TJ Ryan, Davy Clarke, Don Flynn, Joe O’Connor and Dinny Cahill are working with a 34-man panel, of which 50% have no senior inter-county championship experience. Perhaps that ignorance of youth will be an asset in the coming weeks because the other 50% have scars aplenty from championship heartbreak.

The scars of the second-half collapse last Sunday will take time to heal but from some quarter must come confidence to invigorate the work that all have undertaken since last November.

If not then days like last Sunday against Waterford, like the day in Ennis against Clare, like last summer’s championship defeats to Dublin and Tipperary will happen all over again.

Confidence is the key ingredient to a winning team.