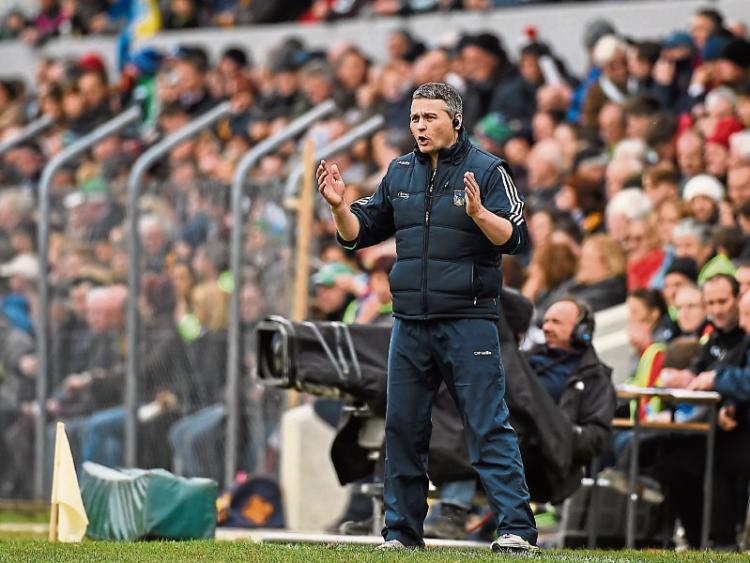 Opportunity knocks for the Limerick senior hurlers this Sunday in Thurles when they face Waterford in the semi final of the National Hurling League.

The win over Dublin must have lifted the management and players and I wouldn’t be at all surprised if they have the better of Waterford. It’s hard to know what frame of mind Waterford will carry into this game because one has to wonder do they really want to meet Kilkenny again so soon or more over play Clare in a league final only weeks out from their championship meeting.

I am sure the same sort of questions might be asked in Clare and for that reason I think Limerick have the opportunity to reach their first league final since 1997. Winning a couple of big games back to back is what this Limerick team needs. A win over Waterford would put a bit of steel and confidence into the Limerick foundation and that would greatly aid the team’s approach for the championship.

It would appear Waterford are at a more advanced stage of development than Limerick but Sunday should provide us with a few more answers.

Against Dublin, Limerick had a more settled look about them. The changes worked well but most of all the team showed a greater appetite for hard work. If Waterford are interested in retaining their league title then Limerick can be assured of a stern test. Under Derek McGrath Waterford have become serious All Ireland contenders. They faded in the later stages of the championship last year but if they have learned the lessons then I would expect to see them hurling in September.

They have enjoyed a good league so far where they had good wins over Kilkenny, Cork, Tipperary and a draw with Galway when they made ten changes. That shows they are building a very strong panel and I wouldn’t be surprised if they dig into their panel again on Sunday.

What we have seen in Waterford now is the emergence of a very strong team. They have many quality players throughout the field. Men like Stephen O’Keeffe, Kevin Moran, Noel Connors and Maurice Shannon have plenty experience while Austin Gleeson, Tadgh de Burca, Shane Bennett and Jamie Barron have emerged over the last couple of years and have quickly established themselves.

If Limerick have carefully planned for Waterford then they have the quality to match them in most areas. Winning against Dublin might have camouflaged some of the mistakes Limerick made on the night. They will have to tighten up in defence because it’s evident now in a few games that there is room for improvement in this area.

The Limerick full backline has become a target and they can expect Waterford to also test them on Sunday. They need also to cut down on the amount of frees they are giving away.

To get results against Waterford you must run at their backs. They need to be turned and twisted and the best way to do this is to make sure the forwards get good fast ball.

If Limerick fail to release the ball quickly against Waterford they will suffer. Waterford hunt in packs and win a fair amount of breaking ball and in that regard I hope Limerick are very direct.

Paul Browne has been the standout player for Limerick so far in the league, he is flying at midfield but has also added to the scoreboard. He works very hard, dropping back into defence to hoover up breaking ball. Limerick played a sweeper against Dublin and I expect we will see Gavin O’Mahony drop back into the half backline again and James Ryan filling midfield. Dublin allowed Limerick too much space and I don’t see Waterford being as accommodating in Thurles.

Will Limerick start with the same 15 as they did against Dublin? Well I think they should and allow lads settle and develop. The only way players are going to progress is to get games at this level.

Some places are still there for the taking and all winning teams have competition for places. I would like to see Limerick express themselves more on Sunday. I get the sense that many lads are afraid to make a mistake.

That is common in a team trying to make the breakthrough but confidence will rise if they start putting games of significance back to back. The Limerick forwards will have a key part but I would expect to see a lot of Waterford players back in defence.

How the forwards cope in the crowded environment may well decide the outcome of the game. The Limerick sideline and indeed some players on the field have a tendency to get overheated - it’s vital that the players cope with the pressure and not allow their focus be derailed.

The opening 20 minutes of the game are vital for Limerick. This is the period that could decide the end result. If Limerick contain Waterford in the first half then they might well be on the road to winning the game.

Waterford have some of the best long range strikers in the game, they can muster a fair haul of scores from outfield and for me the area around midfield will be very important. Browne, Ryan and others will need to win this battle and if they do I feel Limerick could hold the keys to victory.

Waterford are on a mission, a journey that has seen them make major strides under Derek McGrath. They have a plan and while they might not admit it they have adopted much of what has made Kilkenny so great. Is another National League title part of the mission or has timing and risk ended that ambition?

If Limerick were to win it could ignite the entire season and let’s hope they take another vital step in Thurles on Sunday afternoon.