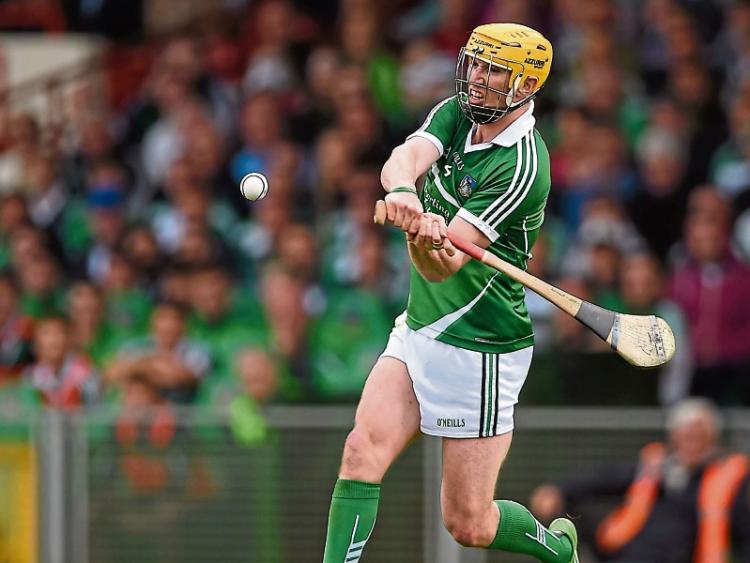 Manager TJ Ryan confirmed this Wednesday afternoon that the duo haven’t recovered from injuries that saw them miss the quarter final win over Dublin.

Top scorer Hannon is out with an ankle injury.

It has emerged that the Adare man is receiving treatment for the same injury that saw him miss the 2014 league campaign after underdoing surgery in December 2013 to clean out ‘floating bone’ in his ankle.

A recurrence of this injury saw him miss the win over Dublin two weeks ago and his training has been curtailed since.

Likewise Hickey, who was a late withdrawal for the Dublin game. The Murroe-Boher man had a scan in the Santry Sports Clinic after that game and results have shown a slight hamstring tear.

Limerick have yet to start successive games with the same team in 2016 and Sunday’s line-up will be confirmed at 9pm on Friday evening.

TJ Ryan’s side had to plan without their nine strong Na Piarsaigh contingent for the majority of the league.

They returned for the quarter final win over Dublin and Shane Dowling, Kevin Downes and Ronan Lynch went straight into the starting team but on that occasion Hannon, Hickey, Condon and Cian Lynch were absent.

Condon and Lynch are back in training and available for selection.

Ahead of a June 19 Munster SHC semi final with Cork or Tipperary, Limerick’s management would welcome an opportunity in the league semi final to work with a full panel and explore their options.

A total of 31 players have seen league action in the six games to-date, albeit Seanie Tobin and Mickey Ryan are no longer part of the panel, which now numbers 36.

Included in the list of 31 players are nine members of the 2015 All Ireland U-21 panel, who were all making their league debuts.

Full back Richie McCarthy is the only hurler to have played every single minute of the league so far. Another four – Paul Browne, Gavin O’Mahony, Diarmaid Byrnes and Barry Nash – have started all six games enroute to Sunday’s semi final in Semple Stadium.

On Sunday (2.00) Limerick are the 7/4 outsiders in the semi final against reigning league champions Waterford.

Enroute to their title in 2015, Waterford met Limerick. That game was in round one of Division 1B and the sides finished level in the Gaelic Grounds.

David Reidy scored two goals from penalties as it finished 2-16 to 0-22. Four members of the Limerick team on that occasion are no longer involved – Niall Moran, Stephen Walsh, Patrick Begley and Donal O’Grady.