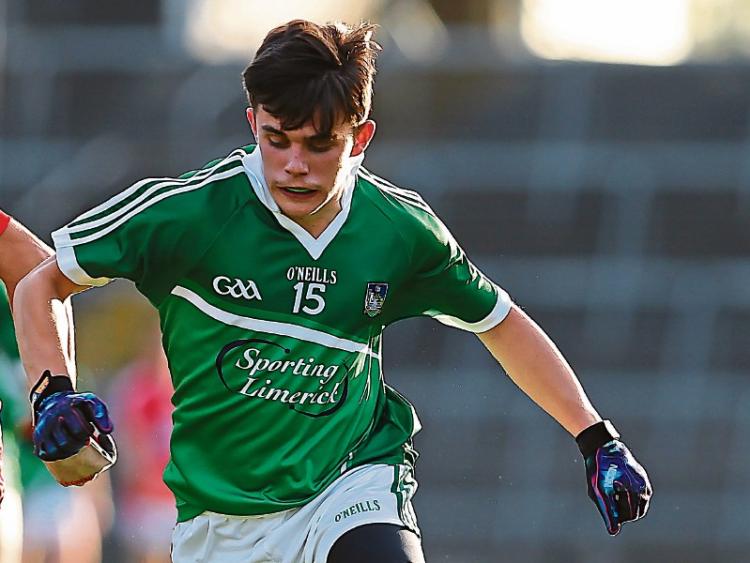 THE Limerick minor footballers were defeated 0-9 to 1-5 in the opening round of the Munster MFC this Wednesday evening by Clare in Miltown Malbay.

It’s the fourth successive season that Clare have beaten Limerick in the minor football grade.

The loss means Limerick will play Tipperary on Wednesday April 17 in the backdoor series.

Despite of the wides the game seemed destined for extra time until a 58th minute winner from Clare’s Joseph McGann.

In front of an attendance of 676, Limerick won the toss and opted to play against the elements and Clare were 0-6 to 1-1 ahead after playing with the aid of the breeze in the opening half. It was a 30-minutes that was mostly played in driving rain and made underfoot conditions and handling slippery for both sides.

Clare dominated the early stages and were 0-4 to no score ahead after 16-minutes with tricky full forward Joseph McGann leading their line.

Centre back Adam Kearns opened the Limerick account in the 20th minute when he surged forward to point.

Three minutes later Limerick had a goal. Noel Callinan had the initial shot, which was saved by Mark Lillis but James Ryan crashed the rebound to the net from close range.

But Limerick failed to build on the goal and Clare had the final two points of the half for a two point interval lead.

It could have been different had a 27th minute shot from Eoin O’Mahony found the net but it was kept out by a combination of goalkeeper and upright.

It was a half in which Clare kicked five wides and Limerick just three.

Limerick bossed the opening stages of the second half and were ahead at the mid-point of the half with two fine Eoin O’Mahony points and the lead score from Adam Storan.

But back came Clare with their first scores of the half in the 17th minute.

A 56th minute Conor O’Grady free tied up the game again but then came the late Clare winner.