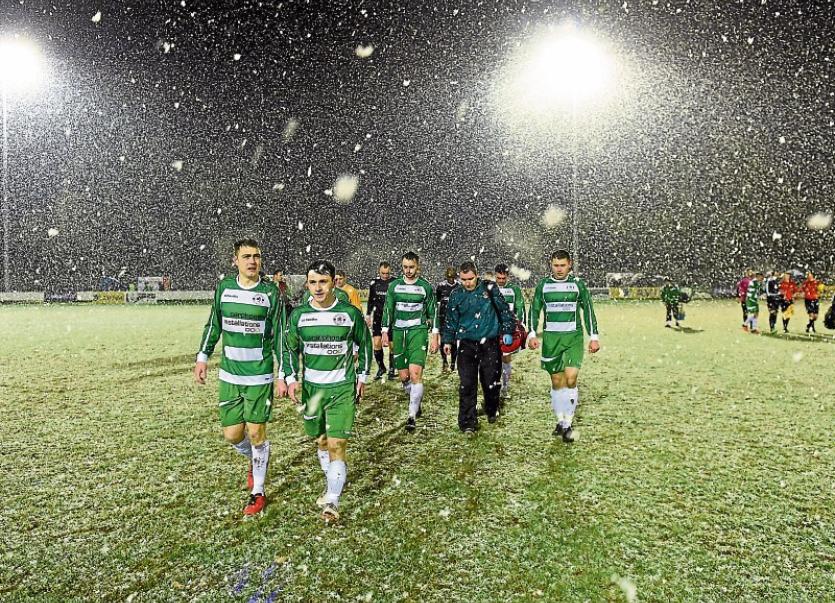 PIKE Rovers FAI Junior Cup semi-final clash with St Peter’s of Athlone was abandoned due to snow in Tullamore on Saturday night.

The match referee took the decision to abandon the game 10 minutes into the second half as heavy snow fell at the match venue. The game was scoreless at the time of the abandonment.

Snow began to fall mid-way through the opening half of the semi-final clash and weather conditions deteriorated through half-time.

The game has been rescheduled to take place on Wednesday, April 20 again in Tullamore.

Another Limerick side, Janesboro, will face Sheriff YC in the second semi-final at the Tolka Rovers Complex, Griffith Avenue, Dublin at 3pm on tomorrow, Sunday.