Andrew Cunneen: Why Limerick FC are easing their way to the title 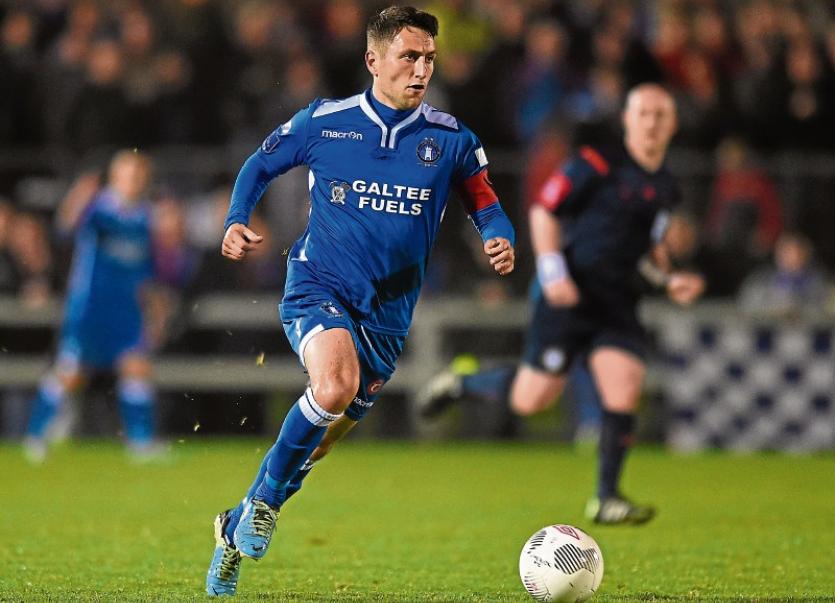 Fifteen points from 15. Five games in and they’ve produced 25 goals.

Martin Russell’s men are taking their eye off the ball as late as the hour mark and they’re still scoring goal after goal to make up for it. Pending an apocalypse or an unprecedented injury crisis, Limerick can start preparing for the top flight again.

Let’s not pass this off as a major achievement. It’s not – but it’s being done in such a way that you can still sincerely ask spectators to come in and pay to witness it. Limerick could sit back in shape when they go a goal up and probably not concede. There’s no point in that. Due to the rapid start, the Blues are on course to break all sorts of records. You get what you pay for, and Limerick knew this. Thankfully, the crowds are covering the money spent. But why is it so easy?

Look at Limerick’s starting team. It’s twice as strong as the one that started last season. The one that ended last season – the one who had title-winning form in the last 12 games – lost three key members. They were Dean Clarke (left wing), Ian Turner (right wing) and Vinny Faherty (striker).

They’ve been more than adequate. There’s probably not much between both sets of wingers. Greene is clearly the best of the four. Faherty’s form has continued for Galway, so we’ll call that a loss. You’re one player shy of a side that had title-winning form in the Premier Division. That’s why it’s so easy.

With the risk of this column sounding too positive, I will now list the negatives in the five games so far. Freddy Hall’s concentration levels have been a major disappointment. While it’s almost understandable that a goalkeeper will lose focus in a game where his side has all the ball, it’s not acceptable. Aaron Greene was marking Maxi Kougoun in the season opener despite an obvious size advantage favouring the centre half. I presume that’s down to Martin Russell.

Limerick are conceding goals. They genuinely look bored in games and they get sloppy. This was most evident in Waterford. One of those negatives is tactical. The two others are situational and the situation is one of excessive comfort.

While Drogheda may be the best team in the division apart from Limerick, they’re yet to play them. They do so on Friday night. Cobh Ramblers and Shelbourne are the two best sides that Limerick have played to date. In three games, Limerick have scored 15 times against those teams.

Seven points and 18 goals is the current cushion. That’s expected to be increased this weekend. That’s probably already too many points to make up on Limerick. The bookies have the Blues as a 1/16 shot to win the division.

It’s not competitive. Limerick have, in all likelihood, won a league title inside the first month of its calendar. I’m not suggesting this year makes up for the heartbreak in Ballybofey, but I do recommend that you sit back and enjoy watching a good footballing side represent your city before the serious business resumes next March.

In what is most definitely a stepping stone of a year, Limerick need not even tread carefully.