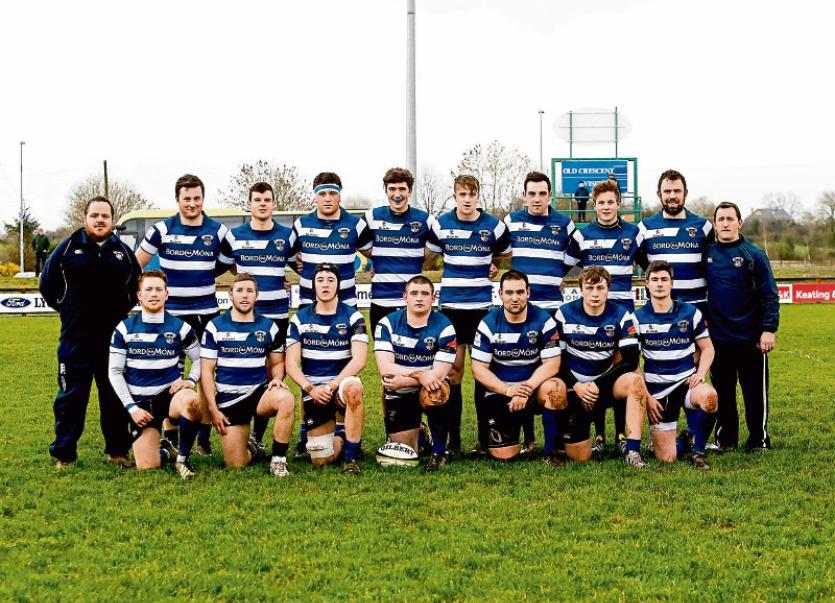 The Old Crescent senior side, which clinched promotion following a win over Navan

OLD Crescent clinched the AIL Division 2C title on Saturday last thanks to a win against Navan – and they celebrated in style in the dressing room afterwards by belting out the club’s anthem Sloop John B.

A club member captured the celebrations on video, which have been sent to the Limerick Leader by the club’s PRO Frank Larkin.

Celebrations in the dressing room after the 31-10 win versus Navan RFC confirming our senior side as champions with automatic promotion!The Sloop John B sounds better than ever!

Crescent’s 31-10 win away to Navan coupled with Bruff’s 9-8 win over Tullamore meant Crescent can’t be caught at the top of the table. They play second-placed Tullamore in Rosbrien on Saturday and will be presented with the trophy after the game.