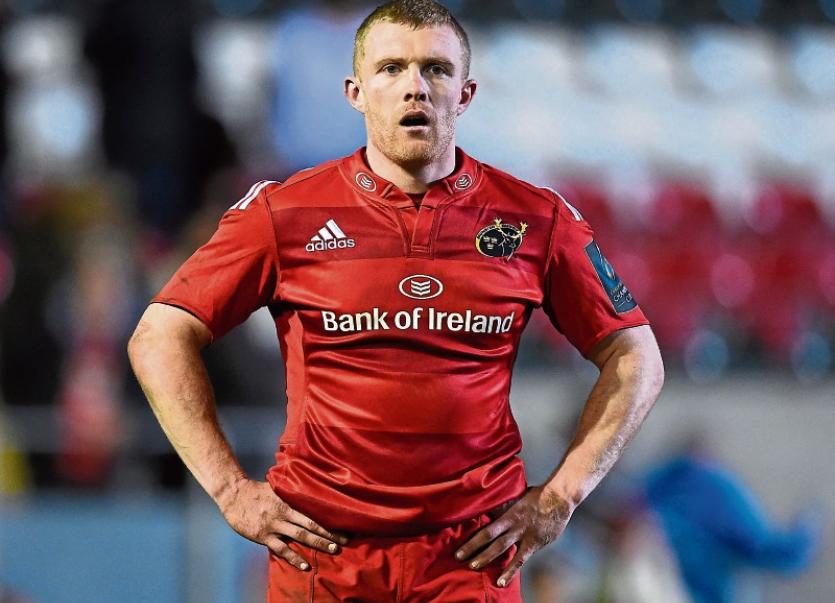 INCONSISTENT Munster face a crunch fixture in their bid to qualify for next season’s Champions Cup and this term’s Guinness Pro12 play-off when hosting Zebre at Thomond Park on Good Friday, 7pm.

Munster remain fifth in the Pro12 table after failing to pick up even a losing bonus point from their rescheduled fixture with Cardiff Blues in Wales on Friday.

Two more key members of Joe Schmidt’s 6 Nations squad, Conor Murray and CJ Stander, are listed among the replacements for the game.

While Munster chase a top four finish, Zebre are also desperate for points as they push for Champions Cup qualification ahead of Treviso.

Foley said: “Under Gianluca Guidi they have changed a lot this year, they have a far more consistent side. They have a lot of internationals that were away during the Six Nations, coming back.

“Traditionally, they have always had a big strong pack, and you have Luke Burgess and Kelly Haimona at half-backs now, Mils Muliaina at full-back. They have a lot of quality out there.”

Foley said it is key Munster prepare properly for Friday’s game and not get caught up in the Pro12 table standings.

"I think for all of us, we all understand the situation we are in. It is not going to make you play better. It is about making sure we prepare properly during the week, make sure we get our work done and focus on one game at a time. Other games will look after themselves.

“When you play the interpros they always seem to look after themselves. It is just important that we focus in on Zebre and make sure we get our job done there.

“A lot of teams have to play each other before the end of the season. There is a lot of rugby to be played yet, five rounds to go, so we will see where we end up."

"There is pressure on everyone. With the qualification system, Zebre are coming here looking to stay ahead of Treviso.”