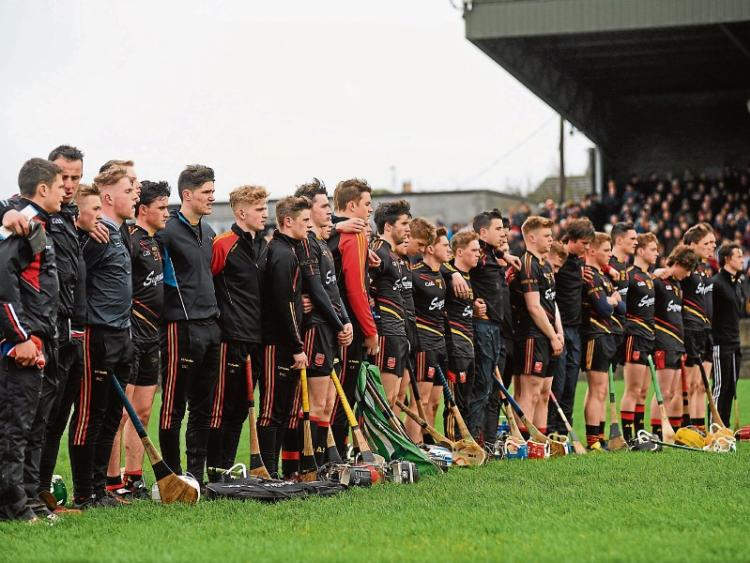 ARDSCOIL Ris bid to take the final step in their hurling revolution this Easter Monday.

Harty Cup winners for the first time in 2010, the Limerick city secondary school made it four Munster titles in six seasons with February’s final success.

Their March 28 All Ireland Post Primary Schools senior A hurling championship final appearance will be their third – and for the third time St Kierans College provide the opposition. The eagerly awaited final will be live on TG4 at 4.00.

The task ahead of the Ardscoil Ris is clear. The Kilkenny outfit are 20-time Croke Cup champions and have appeared in another 10 finals to boot.

The teenagers in black and white are also chasing a hat-trick of titles – for all their titles their only previous three-in-a-row was 1988-1990.

But crucially Ardscoil Ris should not fear their opponents, the stadium, or the occasion.

Niall Moran’s side progressed as group winners in the early stages of the Harty Cup with wins over Waterford duo De La Salle and Blackwater and Cork duo Bandon and Midleton.

Their quarter final pitted them against Rochestown, who were beaten finalists the previous year. Victory booked a semi final against more Cork opposition – St Colmans of Fermoy.

Tipperary’s Our Ladys College Templemore were beaten in the Harty Cup final to add a fourth Munster senior crown for Ardscoil Ris.

The route to Thurles didn’t get any easier in the All Ireland series – Kilkenny CBS and Presentation College Athenry both serious opposition but the Limerick side advanced.

Therefore much confidence within the Ardscoil panel.

No need to fear Thurles either with the likes of Peter Casey, Conor Boylan, Brian Ryan, Darragh Carroll among those to enjoy county minor and club victories in Semple Stadium.

The occasion and prospect of live television coverage will also be nothing knew to an expereicned core in the team.

Therefore Ardscoil Ris have every chance of a historic win.

It would be a first for the school and end a 50 year wait for Limerick. Twice the Croke Cup has returned to Limerick – Limerick CBS Sexton Street in 1964 and 1966.

Just like Limerick CBS in the ‘60s, Ardscoil Ris are now competing and winning at all levels in Munster hurling.

Two years ago the majorty of this All Ireland final team lost a Dean Ryan final to Midleton. Indeed eight of the likely team started that that November 2013 final defeat in Cashel when Niall Moran and Fergal Lyons were the management duo. New staff member Paul Flanagan (current Clare senior hurler) has since joined the backroom team, while past pupil Barry Hennessy (curren Limerick senior hurler) was brought on board for his strength and conditioning expertise.

Two years ago Peter Casey and Nathan Fox were joint-captains at Dean Ryan level and again on Monday they lead the team.

Fox will be centre back in a defence that will have fellow Clareman Sean Phelan at full back.

Midfield is Brian Ryan and John Flynn – two of the seven Ardscoil Ris members of the 2016 Limerick minor huring panel.

In attack All Ireland club winner Casey is the stand-out name but scores come from a variety of areas with Paraic O’Loughlin, Conor Boylan and Darragh Caroll all key. Then there is one of the younger members of the panel Paul O’Brien – the Mungret man on free-taking duties has proved accurate.