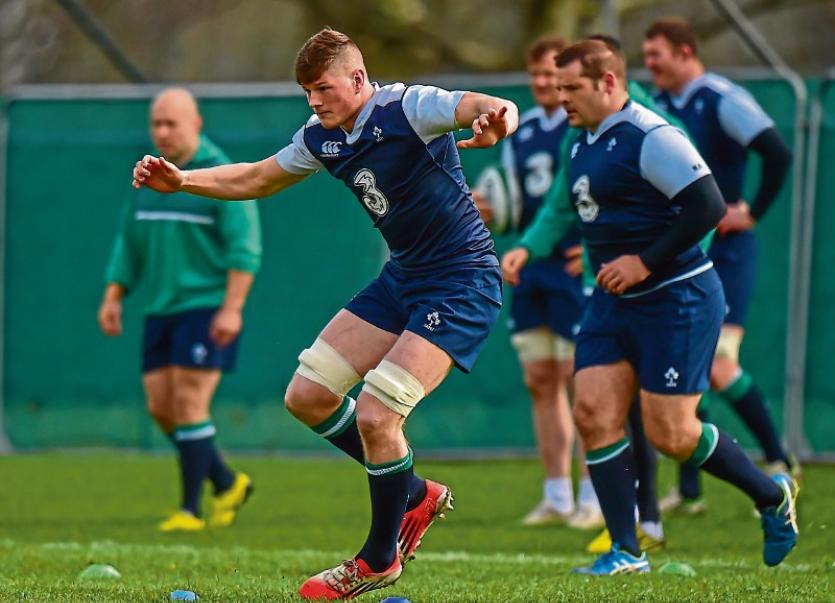 RISING Munster star Jack O’Donoghue admitted to feeling delight and ‘shock’ at being called into Ireland’s extended 6 Nations squad for the final series of fixtures.

The highly exciting O’Donoghue, who made his Pro12 debut for Munster in September 2014, has racked up 21 appearances for the province this season.

The 22-year-old’s excellent run of form saw him called up to the Irish squad by head coach Joe Schmidt in recent weeks.

O’Donoghue said: “I was obviously delighted (with the Ireland call-up). It was kind of a shock. I didn’t really see myself in the Six Nations mix but it came and I’m delighted.

“When I got up there I was probably a bit nervous because you are thrown into the deep end and you have to know all the calls and stuff. I was just sticking to what I do know and do well at Munster and try and bring that into Ireland.

“I really enjoyed my experience and I know it will stand to me coming to the end of the season.”

Donoghue fully appreciates the need for fifth-placed Munster to bounce back to winning ways in Good Friday’s Guinness Pro12 clash with Zebre at Thomond Park, 7pm.

“We need to bounce back we need a reaction from last weekend. It wasn’t good enough on our behalf. We went 8-0 up and then to have things finish the way they did it just wasn’t satisfactory. To not even come away with a bonus point was even worse.  This weekend we just need to get back to basics and get a win and then kick on from there.

“It’s in Thomond Park, it’s a Friday night game and hopefully we will get another good crowd out like we did against Dragons and give them something to cheer about.”