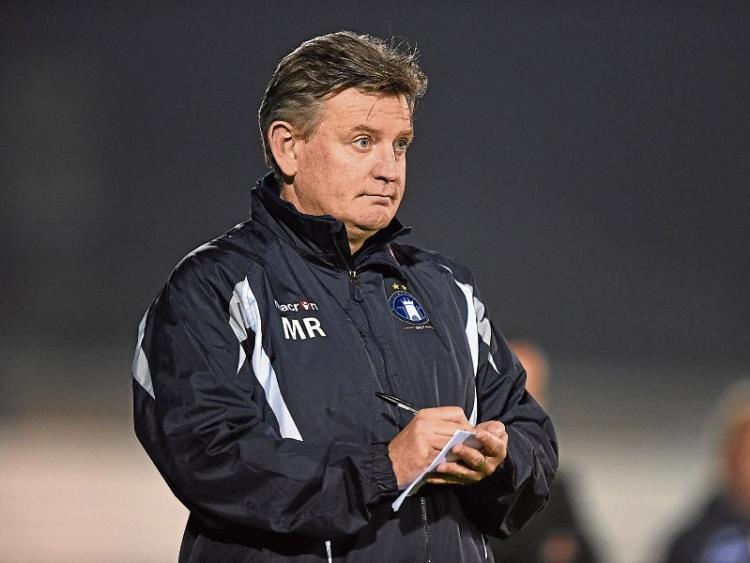 IN-FORM Limerick FC eased their way into the second round of the EA Sports Cup, thanks to a deserved 4-2 victory over Cobh Ramblers at St Colman’s Park on Tuesday night.

Martin Russell’s First Division leaders raced into a 4-0 lead after 51 minutes to bring their tally of goals against Cobh to 10 in 72 hours following the Blues 6-1 league win over Ramblers at Markets Field on Saturday night.

Limerick FC lead 2-0 at half time, thanks to two goals in two minutes. The visitors went in front on 15 minutes when Shane Tracy’s pin-point free-kick was headed into his own net by Cobh’s Shane O’Connor. On 17 minutes. Lims’ doubled their lead when Stephen Kenny finished superbly.

Limerick, who recorded the last of their three League Cup successes in 2002, added further goals in two minutes from John O’Flynn, on 49th minutes when he head home from a Garbhan Coughlan cross and two minutes later when he netted after Ross Mann’s initial attempt was blocked.

Limerick will be disappointed to leak two late goals to their hosts through a Markus Gustavsson penalty on 75 minutes and another from play from the same player on 78 minutes.

Next up for Limerick FC is an SSE Airtricity League First Division fixture with Athlone Town at Athlone Town Stadium on Easter Saturday, 7.45pm