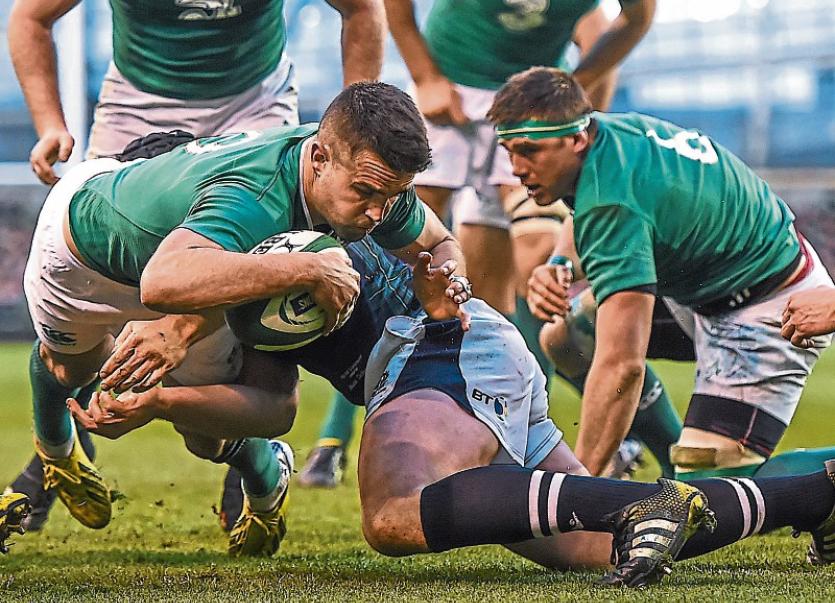 MUNSTER’S Conor Murray has been shortlisted for the 6 Nations Player of the Tournament award.

Twenty six-year-old Limerick man Murray is joined on the shortlist for the top accolade by his half-back colleague Johnny Sexton.

Patrickswell man Murray started every game of this season's campaign, crossing for tries against Wales, England and Scotland. It's testament to the  Garryowen clubman’s consistency that he has started every 6 Nations game for Ireland for the past four seasons.

In all, eleven Munster players were named in Joe Schmidt's extended Ireland squads across the campaign, nine of which came through the Munster academy system.

To cast your vote for the 2016 6 Nations Player of the Tournament, log onto http://www.rbs6nations.com/en/21509.php#QfjEadxMgO0UhWcT.97