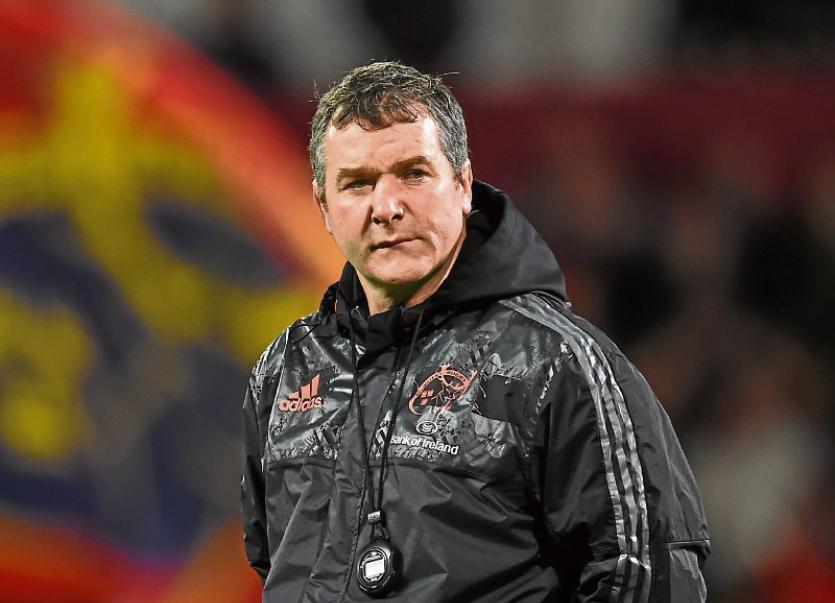 MUNSTER head coach Anthony Foley said he is unsure whether the province's new Director of Rugby will be appointed in time for the start of next season.

Munster announced last week that the province is actively looking to appoint a Director of Rugby for next season, with the new role assuming responsibility for the professional rugby programme and elite player development pathway in the province.

Speaking at a Munster squad session at UL ahead of Good Friday night's crucial Guinness Pro12 clash with Zebre at Thomond Park, 7pm, Foley said he had 'no idea' if the new Director of Rugby would be in place for the start of the 2016-2017 season.

Foley added: "You would like to it happen quickly, but if it means not getting the right person you take your time."

Foley said the possibility of Paul O’Connell becoming the new Director of Rugby would be a decision for the former Lions captain to consider.

The six Munster players who saw gametime with Ireland in the 6 Nations Championship, Conor Murray, Keith Earls, Simon Zebo, CJ Stander, Donnacha Ryan and Tommy O'Donnell are available to play for Anthony Foley's side this Friday.

However, a decision on whether the six are involved in the starting line-up will be made once the medical staff have assessed them this week.

Fifth-placed Munster are in a battle to qualify for the Champions Cup and the top four play-offs in the Pro12 with now five series of regular season games to go.

"I think for all of us, we all understand the situation we are in,” Foley said.

“ It is not going to make you play better. It is about making sure we prepare properly during the week, make sure we get our work done and focus on one game at a time. Other games will look after themselves.

“When you play the interpros they always seem to look after themselves.”