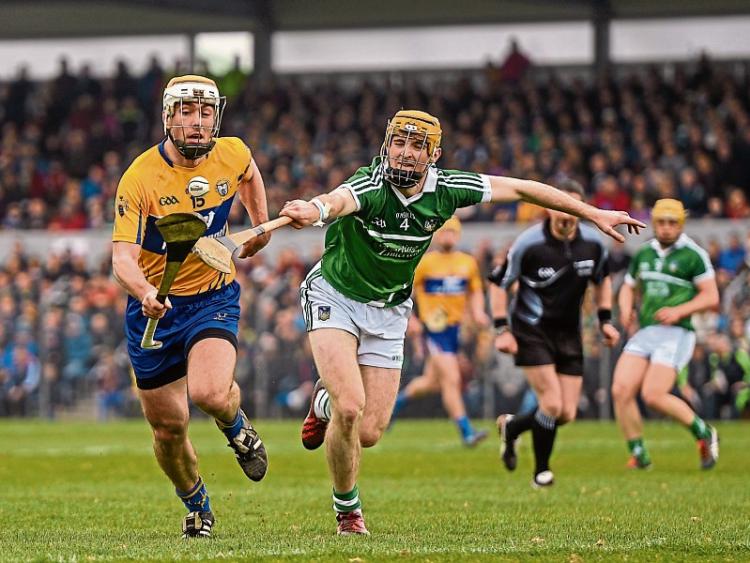 THE Limerick hurlers are set for another season outside of the top flight in the Allianz Hurling League after a hugely disappointing 1-19 to 0-18 defeat to Clare this Sunday.

The final round Division 1B group game means that Limerick will face into a seventh season in the second tier in 2017.

Regardless of the result Limerick were guaranteed a quarter final spot and now that April 2/3 game will be against Dublin.

Limerick had to win or draw the game in Cusack Park in Ennis but always played catch-up to Davy Fitzgerald’s Clare.

The Limerick cause wasn’t helped by the sending off of Barry Nash in the 30th minute for a second yellow card offence.

The home side had got off to the perfect start with a goal after 30-seconds from John Conlon, although tv replays show he took many steps enroute to goal.

It set up Clare for the opening half and they were 1-10 to 0-9 ahead at half time. It was a half that saw Graeme Mulcahy as the only Limerick forward to score from play as they failed to break down the Clare sweeper system.

In the second half there was no way back for 14-man Limerick.

Indeed Clare were to finish with 19-wides so they could have been further clear.

But while Clare were clearly on top in a poor standard encounter, Limerick were always within five points throughout the second half.

But there was no goal threat from Limerick.

Subs James Ryan, Darragh O’Donovan and David Reidy had points from play but with Conor McGrath notching six points from play Clare always had a cushion and sufficient to gain an instant return to the top tier.