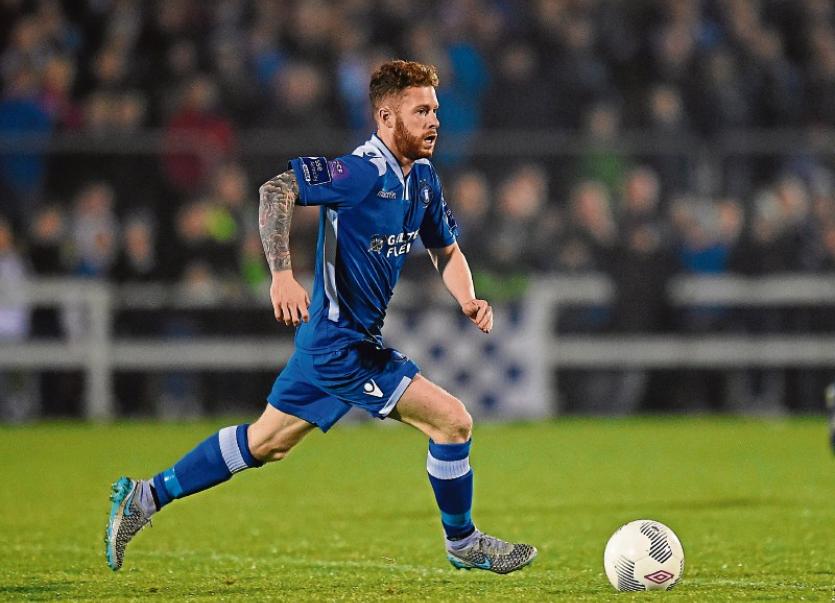 LIMERICK FC stretched four points clear at the top of the SSE Airtricity League First Division with a convincing 6-1 victory over Cobh Ramblers at the Markets Field before an impressive official attendance of 1,590.

Martin Russell’s free-scoring side netted five second half goals to thump their Cork opponents and maintain their 100% start to the new season with a third successive win.

Limerick have now scored 15 goals in their opening three First Division fixtures, justifying their odds-on favourites tag to win the Division and make an immediate return to the Premier Division.

Lively Limerick created several good scoring opportunities through the opening half an hour, but failed to convert any of them until former Ramblers frontman Stephen Kenny netted on 40 minutes.

Limerick doubled their lead on 65 ,minutes when Paudie O’Connor powered forward into the Cobh penalty area. After the defender’s shot on goal was parried by Cobh keeper Hunt, Chris Mulhall netted the rebound from close range.

Limerick wrapped up the points on 80 minutes when the in-form Aaron Greene netted superbly to bring his tally to five goals in three games.

Cobh did gain a consolation goal on the 83rd minute when Ian Mylod finished beyond Hall. However, Limerick had the last laugh, with three late goals from Garbhan Coughlan, Robbie Williams and finally John O’Flynn.