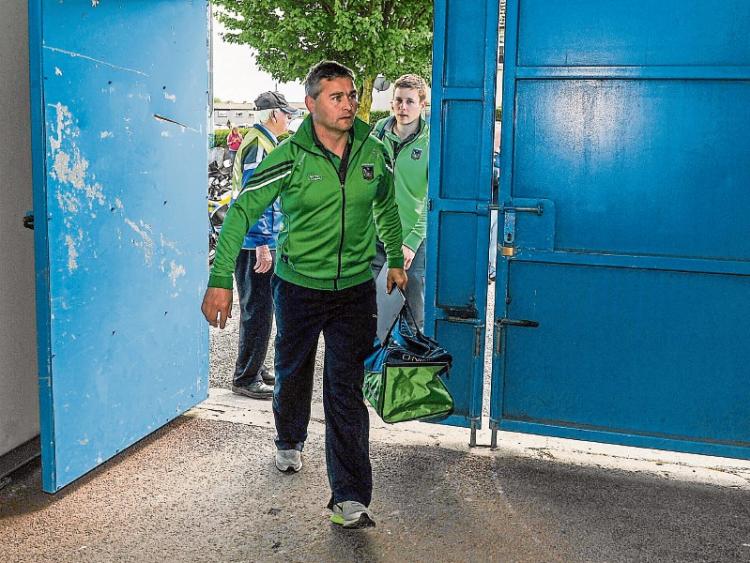 THE Limerick hurling management have used 28 players in their four game unbeaten run to Sundy’s winner-takes-all contest against Clare.

Ten of the used players are fresh from last September’s All Ireland U-21 winning panel – eight of whom were making their league debuts.

All adds up to some welcome selection headaches for TJ Ryan, Davy Clarke, Don Flynn, Dinny Cahill and Joe O’Connor.

The backroom team will have all 28 players to call upon. Of course Na Piarsaigh’s All Ireland club final is 72-hours previous and only time will tell if there are to be any late additions to the Limerick substitutes list.

In his first season as captain Nickie Quaid will take his place in goals, ahead of Barry Hennessy, who played last day out and 2015 U-21 goalkeeper David McCarthy.

In the full back line Richie McCarthy is one of just two players to feature in every minute of the league to-date. Likewise Tom Condon has started all four games, meaning the no4 jersey is a battle between Richie English and Seanie O’Brien, unless there is a return to corner back for Seamus Hickey.

In the half back line, Diarmaid Byrnes has started all games as defensive anchor.

His wing back colleagues is not so clear cut. Seamus Hickey has played every minute of the league so will feature and it could be at right wing back. That would appear to leave Paudie O’Brien and Dan Morrissey battling for the remaining half back spot, unless Gearoid Hegarty is to get a first ever league start.

Paul Browne, who has scored nine points from play in four games, will feature in midfield. He hasn’t had a settled partner to-date. John Fitzgibbon, Darragh O’Donovan and Pat Ryan would appear in pole position to join him, although James Ryan made his first appearance last weekend after injury.

Anyone of that quartet could also feature in the half forward line. Here Tom Morrissey and Gavin O’Mahony look certain starters. Cian Lynch will also start somewhere in attack.

The leading scorers, from play, in the league so far are Hannon with 3-14, Tom Morrissey and Paul Browne with 0-9, Barry Nash 2-6, Graeme Mulcahy 2-3 and John Fitzgibbon 1-6.

In early January Limerick unveiled a new-look panel of 42 players with 18 newcomers. Four players – Thomas O’Brien, John Riordan, Mike Reidy and Kieran O’Rourke – are no longer involved, while Na Piarsaigh had eight players on the panel and trained with them throughout December. Sean Finn is out injured for the season and indeed last Thursday he underwent his cruciate ligament operation, meaning that third-choice goalkeeper David McCarthy is the only panellist not to see game-time so far – outside of Na Piarsaigh.

The Limerick team for Sunday is to be announced at 9.00 on Friday night.

While Limerick appear to be largely injury free, Clare will be down some regulars with Tony Kelly, Cian Dillon and Jack Browne all injured and Pallaskenry based teacher Colin Ryan away on honeymoon.

But Conor McGrath, Darach Honan and Podge Collins did make their returns last weekend in thier win over Ciaran Carey’s Kerry.

Like Limerick Clare have relaigned their troops this season and David McInerney is now in the half back line rather than full back. They have opertated a sweeper system in most games meaning Brendan Bulger, Conor Clearly and Conor Ryan will provide a defensive line with McInerney across half back.

The full back trio will include Patrick O’Connor and Paul Flanagan. Colm Galvin and David Reidy will be in the middle third. Attack will be drawn from McGrath, Honan, Collins, John Conlon, Aaron Cunningham, Shane O’Donnell and Bobby Duggan.