Abbeyfeale in search of another Desmond Cup 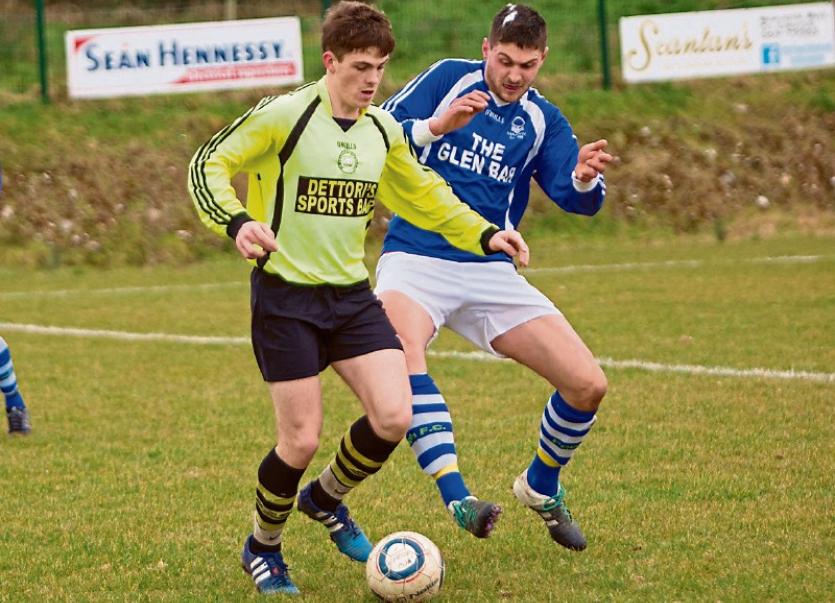 There are two Desmond Cup games on Sunday. Abbeyfeale United and St. Ita’s meet in the second round, while Pallaskenry B and Carrig Celtic are a round further on.

Abbeyfeale United are seeking to win the Desmond Cup for the third season in a row. They had a dodgy spell at the turn of the year, dropping five points in two league games, but they have since bounced back to win their last four games in all competitions.

Kickstarting that sequence was a 3-1 victory at home to Newcastle West Rovers B in the first round of this competition and this Wednesday they face more Division 2 opposition in the form of St. Ita’s, who boosted their prospects of avoiding relegation with a 2-1 win away to Shountrade last Sunday.

It’s doubtful that St. Ita’s will be able to cope with Abbeyfeale’s strength in depth and anything other than a comfortable home victory would be a surprise.

Carrig Celtic are well-placed to make an immediate return to the top flight, while Pallaskenry B will have to settle for Division 3 mid-table respectability at best.

Pallaskenry B did win 2-1 in extra-time away to another Division 1 side, Askeaton, in the first round but Carrig will be a different proposition as they are 20 points ahead of Askeaton.