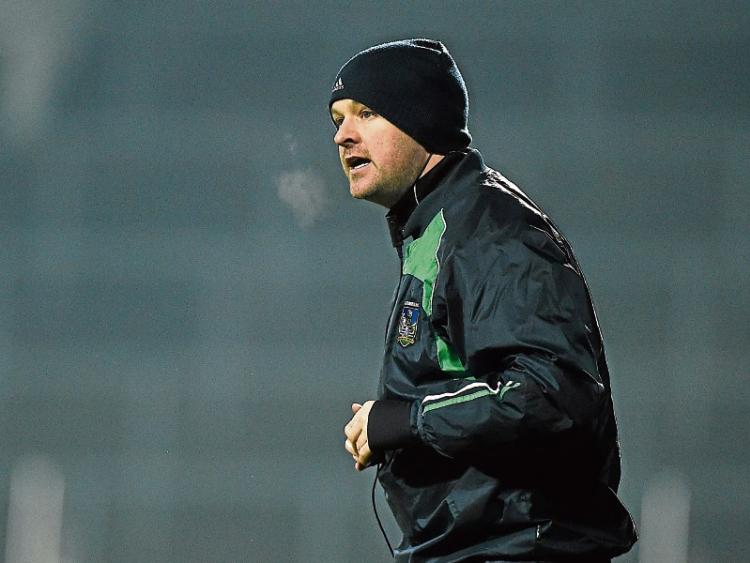 A second season of so near and yet so far. Limerick manager Declan Brouder was left to rue another disappointing defeat after his
unfancied U-21 footballers put red-hot favourites Kerry to the pin of their collars before exiting the Munster championship in Tralee on Wednesday night.

“It’s so disappointing considering the performance we put in,” said Brouder after the game. We put in a performance against Cork last year and nobody really credited it then. And nobody credited it in the lead-up to this game.
“It wasn’t mentioned in any of the interviews I done. People felt we were only coming to make up the numbers. We knew that that wasn’t going to be the case and that’s how it turned out.”
He was happy to trail by just two points at half-time. “We slightly rode our luck in the first half. Kerry hit the crossbar. But we were happy at half-time., we were in the game when we hadn’t really played.”
His side turned the game on its head during nine thrilling minutes after the restart. “I said to the lads I’d be amazed if we came off the field without getting a goal. So we went for it. Straight after the break, Killian Ryan does what Killian does so well, he gets goals. We let in a sucker punch goal soon after. But from the resulting kickout, we came straight up and got a score. And then Brian Fanning followed up with another brilliant goal.”
In the closing minutes, frees told against Limerick and the Newcastle  West man wasn’t happy with some of the decisions. “We were down a point in injury time, everyone in the stadium was biting their nails and, if I’ve to be very blunt about it, the referee didn’t do us any major favours coming down the straight.
“We knew we weren’t going to get anything handy coming down here and we didn’t. I’m not one for sour grapes and Kerry are a fantastic team but, at the same time, we didn’t get the rub of the green. I felt a small bit aggrieved by the free count.”
He also felt the busy schedule of some of his team may have told
against them towards the end. “Stephen Cahill, Cian Sheehan, Brian Fanning, Seán O’Dea, all the guys involved with the seniors, they’ve had three games in the past three weeks, some of them played every minute of them. Kerry only played Tipperary in U-21 over the same
time and that stood to them. Our schedule has been way more than what theirs has and that might have come against us in the last five or ten minutes when guys were dying with their boots on.”
Despite the result, Brouder felt he had every reason to be satisfied with his team’s display. “What can you say about the lads? Character
in abundance from them. You can only stand over and be hugely proud of them. My God, what a performance!”