Na Piarsaigh on the brink of their finest hour 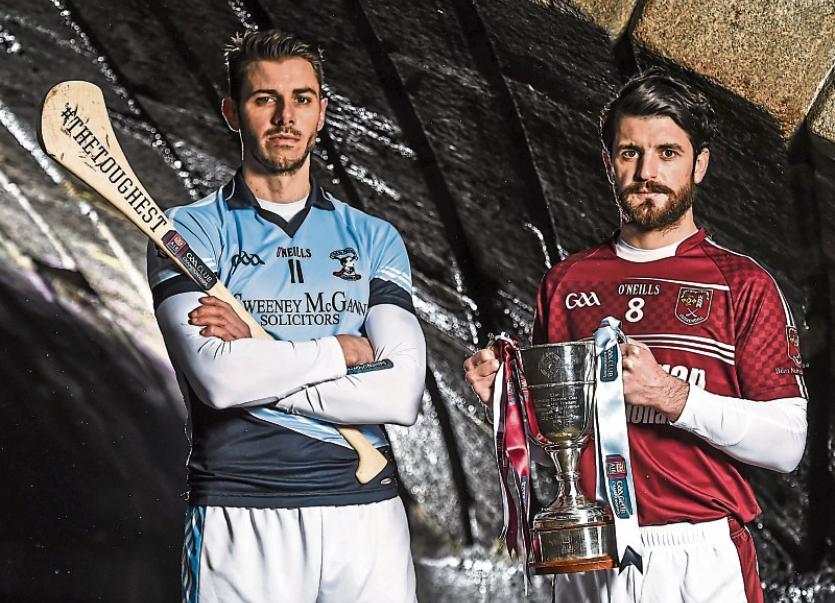 All in Caherdavin would love nothing better than one more big piece of history to put the gloss on a remarkable rise through the ranks.

From the 1980 Sweet Afton Cup success in the city junior championship to a 2016 Tommy Moore Cup success in Croke Park would make for nice reading in any club history.

And, while St Patricks Day in GAA Headquarters will be about Na Piarsaigh, it’s also a big day for Limerick hurling.

Eight different counties can boost All Ireland club SHC winners in the roll of honour but since the inception of the national competition in 1970 Limerick’s wait for glory continues.

Kilmallock (twice and most recently last year), Patrickswell and Ballybrown have all fallen at the final hurlde.

The wish on Shannonside is that Na Piarsaigh can break new ground and bolster the trophy collection in the county. The All Ireland U-21 title, Fitzgibbon Cup and Harty Cup all rest in Limerick at present. The recent past has seen the Munster senior and minor championships returned.

Key to most of the trophy success were Na Piarsaigh players and hence the confidence surrounding the Shane O’Neill managed side on March 17.

This time last year Kilmallock carried the hopes, but they were underdogs against a star-laden Ballyhale Shamrocks from Kilkenny. Ultimately The Balbce didn’t perform in Croke Park and the Kilkenny men justified their favourites tag.

Next Thursday, it’s Na Piarsiagh that are favourites.

While Kilmallock fell well short of the Ballyhale medals and experience, Na Piarsaigh don’t have such issues.

Indeed the men in Light Blue have a host of players very familiar with Croke Park. The memories may be painful in most cases, but the likes of David Breen, Shane Dowling and Kevin Downes must be central figures, while youngsters like Ronan Lynch, David Dempsey and Mike Casey are among others that have seen game-time on the hallowed turf.

It’s over two weeks now since the panel of players had a run-out in Croke Park and this should helped alleviate any concerns for the ‘lesser lights’ of the group.

Na Piarsaigh bring an unbeaten run of 11 games to Croke Park and while they are renowned as strong finishers, a steady start in an All Ireland final is necessary.

Na Piarsaigh, like any team, are best on the forward foot and possess a wealth of attacking talent that could light up club finals day.

But for Downes, Dempsey, Peter Casey, Adrian Breen and co to do their business in front of goal, the supply lines will have to be efficient. The open spaces of Croke Park can be a postive for Na Piarsaigh but only if primary possession works in their favour in the middle third of the field.

Alan Dempsey and Will O’Donoghue have bossed most midfield partnerships and one more big display will be needed. To supplement this duo the half back trio of Mike Foley, Ronan Lynch and Cathall King will need to be dominant.

It’s a Na Piarsaigh defensive unit that was remoulded this season with a youthful look. At a time when he led the Limerick attack enroute to an All Ireland U-21 title, Ronan Lynch was entrusted with the No6 jersey by the Na Piarsaigh management.

Another man on the move is midfielder Alan Dempsey.

“It’s all about confidence and my confidence is back now and I have a great partner in William O’Donoghue - we compliment eachother and it’s all about knowing our roles and in fairness to the management teams they their tactical play and analysis of the opposition is always very trustworthy and we always feel going out that we can beat the person that we are on and that filters from 1-15. Beat the man that you are on and if you do that from 1-15 that’s the first step to winning,” explained the midfielder.

There is an inner confidence in what Dempsey says and it resonates throughout the team.

Since beating last season’s All Ireland finalists Kilmallock in the semi final of the Limerick SHC, Na Piarsaigh have got nothing easy. A run of wins over Kilmallock, Patrickswell, Sixmilebridge, Thurles, Ballygunnner and Oulart The Ballagh is most impressive.

The Caherdavin men are yet to bring a complete performance to the field of play. Such a display will be needed in Croke Park and wisdom would suggest if they can reach those heights that Cushendall won’t have an answer.

History is withint their grasp and the return of an All Ireland senior title would be a most welcome boost to hurling in Limerick.

Off the field the club preparations for the final have been most professional and on the field Shane O’Neill, Kieran Bermingham, Alan Cunningham and Darragh Droog have left no stone unturned.

For captain Cathall King the reality is simple.

”The margins are miniscule but we just have to come out with the win,” he declared.