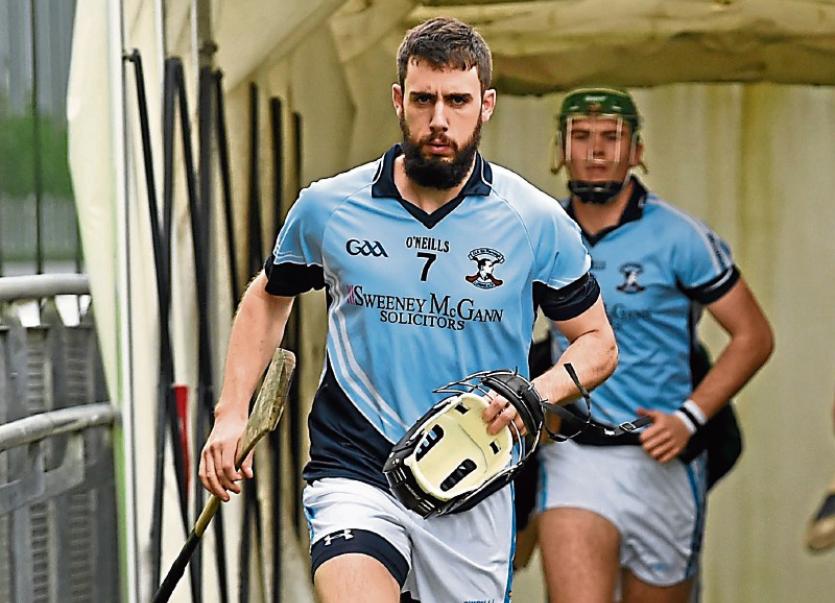 A flute player of some renown, music has helped Cathall King travel the world.

Regardless of the destination it only heightened his admiration for everything that the GAA offers to home.

”For the first Munster campaign I remember flying back for two matches from tours. The lads were good to me - It’s not easy to come back and waltz into a team and that can be hard on other players. Evet since I’ve come home and been around a bit more I’ve enjoyed getting to know lads a bit more. When you are away you can miss some of the sessions that make up your year - days when it’s cold and raining and you mightn’t hurl any ball but you will work hard and remember coming off the field nearly feeling sick and those are the days that mean a lot. It’s great to experience the whole journey with lads as opposed to coming in and out,” explains the Na Piarsaigh captain ahead of this St Patricks Day’s All Ireland club SHC final in Croke Park.

Culture and tradition clearly mean much to the captain and he knows exactly what the prize at stake is.

“There is no comparison - even in my travels, the sites i’ve seen and the places I’ve gone, while all amazing experiences there is still nothing to top winning something with your mates, family and locality and club,” he said.

“Everyone knows Portumna and Ballyhale and the clubs that have done well on the national stage and it goes down in history and that it what we are playing for, our own little bit of history. There is not bigger prize for a club - national recognition for your work. A recognition that you are the best team in the country - it’s what everyone is fighting for. To do that with people that you grew up with, is one of the best things about the GAA, the family, the local aspect,” said King.

“March 17 would be a great addition to the two that we have already this year. It is the biggest prize going for us - we are determined not to leave it behind us. It’s hard to put this even into words. You can never really prepare yourself for this day because you won’t want to get too far ahead of yourself - especially after our last two times in the semi final. It’s definitely something that you dream of but never really put that much thought into,” he said of national glory with the Caherdavin club.

A product of an era before the current all-conquering underage system in the club, King had to wait until the 2011 Limerick SHC win for his first “real” medal with the club.

”I always talk about the young generation that has come up, My own generation we had good teams and good players but never really won anything, coming up at U-12, U-14, U-16 and minor we were always second best. In one way those of us that kept hurling have worked harder to go on to win something. The younger lads have won a lot and grew up with this feeling and confidence that they can go out and win matches. This year, especially, they have brought that attitude to the rest of us,” he explains.

”My own age group would have been Podge Kennedy, Kevin Ryan and then the lads above me would be Dave and Kieran Breen – the older lads, ahead of me, won an U-21 and maybe a minor, but myself and Podge didn’t win anything growing up,” recalled King, a member of the Limerick senior hurling panel since his debut in 2010.