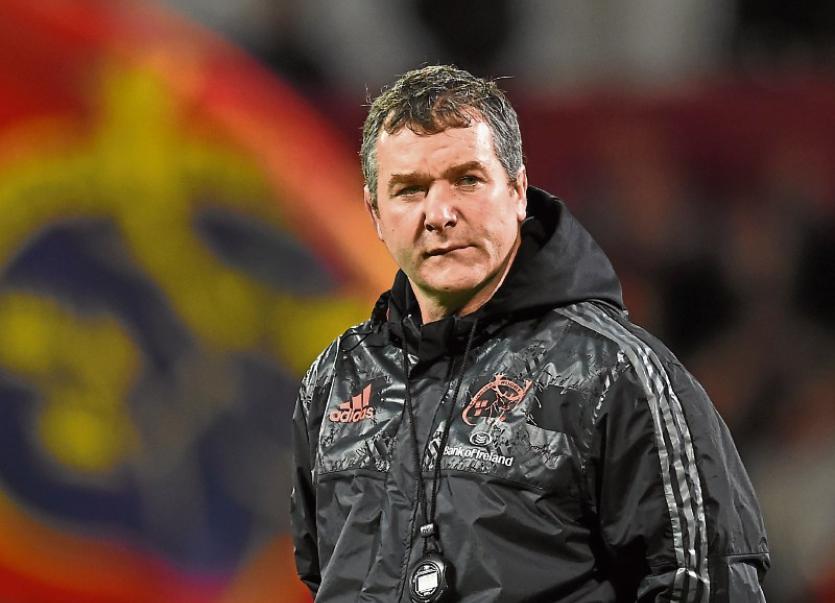 Munster coach Anthony Foley has agreed a one-year contract extension with the province which will see him remain at the helm for the 2016-2017 season.

Munster confirmed the news on Tuesday afternoon that Foley had accepted the one-year extension option that was available to him. They also confirmed that a Director of Rugby will be appointed for next season.

Foley took charge of Munster at the start of the 2014-2015 season but has overseen a disappointing time so far, as they have failed to make the knockout stages of the European Cup on both occasions and are currently in a battle to make next year’s competition.

Andy Farrell has already come on board in an advisory capacity but has no role on match days.

Commenting on the latest update, Munster Rugby CEO Garrett Fitzgerald said, "As confirmed previously we offered Anthony the option to extend his contract as per the initial agreement in 2014 and we are pleased to see him avail of this renewal and commit to the province for a further year.

"The decision to seek a Director of Rugby was made at Munster Professional Game Board level in consultation with the IRFU, and is in line with our strategic plan for the organisation."

Munster take on the Cardiff Blues in the Guinness Pro12 on Friday night in Cardiff.