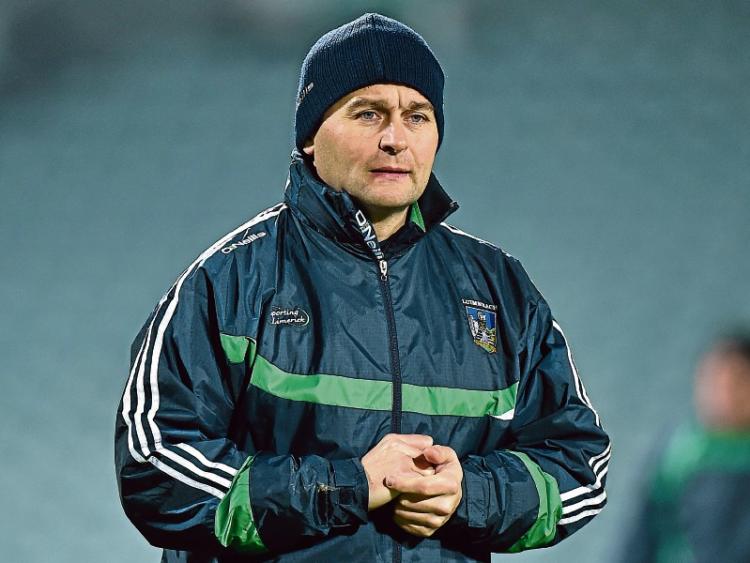 Next week a 'huge game for Limerick hurling': TJ Ryan

TJ RYAN has reiterated to his players that their league destiny lies in Ennis next Sunday.

Limerick eased to a fourth straight win in the second tier last Saturday night with a 32-point win over Laois.

Limerick have scored 10-90 in fours wins but the manager has warned that all will be in vein unless Davy Fitzgerald’s Clare are toppled.

“We probably would have been expected from the outset to win the four games that brought a bit of pressure in itself but at the same time that's parked now and next week is a huge game for us,” explained TJ Ryan.

He added: “It’s a huge game for Limerick hurling and we are in the position that we wanted to be in with four wins”.

He was happy with the focus of his side to see off the Laois challenge.

“We’ve had problems with that in the past but the lads were professional tonight and did their business right but I think Laois were particularly flat and they didn’t play at all so we have to take that into consideration,” said Ryan.

“They played well and we got some good scores. We made a few changes and the lads that came in played well so there were a lot of positives,” he outlined.

“That was a good win for us and it’s the position that we want to be in. We are where we wanted to be with four wins but next week is crucial. It counts for nothing right now because next week is the big game.”

He added: “History shows us that in certain games over the last two or three years we have let our standards drop a bit and we made slip-ups that were costly but this time round its critical,” stressed the Limerick manager of the game against Clare.