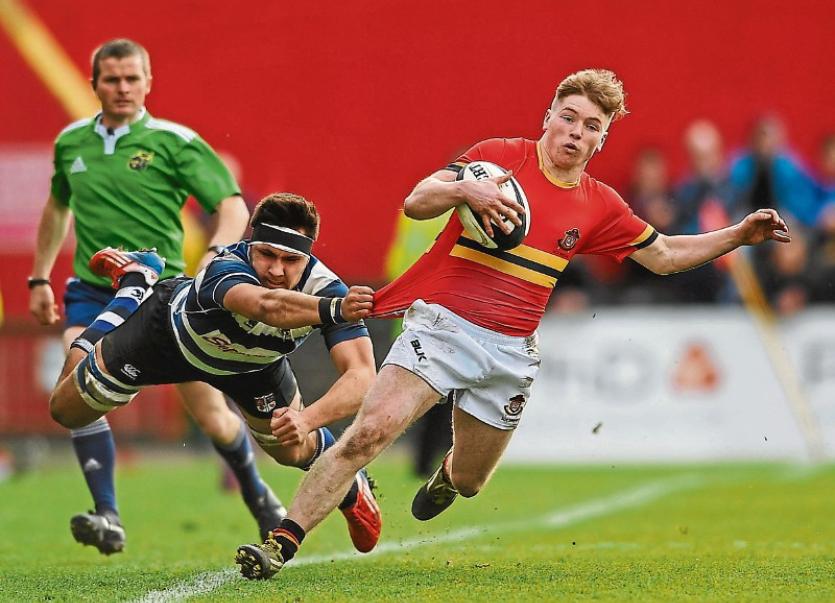 CRESCENT College Comprehensive head coach Eugene McGovern was left to rue his side's inability to make the most of their scoring opportunities in the wake of their crushing one-point final defeat to CBC at Musgrave Park.

Crescent’s dream of a third Clayton Hotel Munster Schools Senior Cup title in four years were shattered with a dramatic 9-8 defeat to CBC in Cork on Sunday.

Coach McGovern said that even in defeat, the players would learn a lot from the experience and the skills they picked up in their Cup run would stand to them in the future, both in their rugby careers and for life outside of rugby.

McGovern said: “It was a very, very close game right up to the 70th minute. It was so tight. There wasn't much in it right through.

“They took their chances when they came and we didn't take ours when we were in their '22. We scored one try, but other than that we didn't accumulate enough points to push on.

McGovern said he was unaware what had happened in relation to the conversion of their try when the ball fell off the kicking tee and Daniel Hurley was forced to take a quick drop kick conversation as the CBC players rushed up on him.

“CBC's scramble defence was great when Calvin Nash made the break up the middle of the pitch in the second half. They got back and intercepted the ball through their second row. More power to them. They stuck it out.

“The breeze was one thing, but I would look at the possession we had. I don't think the breeze was that strong.

“We just didn't take our chances when we were in their '22. That was the biggest factor for us not being ahead at full-time.

“At the end of the day, our guys have put in so much. You have to be positive with them at the end. There is a lot to take out of this, even in defeat. Ok, they didn't come out with a medal. They put in a lot of effort and you learn a lot of life skills out of Cup rugby. There are a ,lot of benefits to it as well.

“I am really proud of them. They came from losing to Christians in the first round at Thomond Park in January to improve as a team.

“Unfortunately, they couldn't quite get there in the end today.”