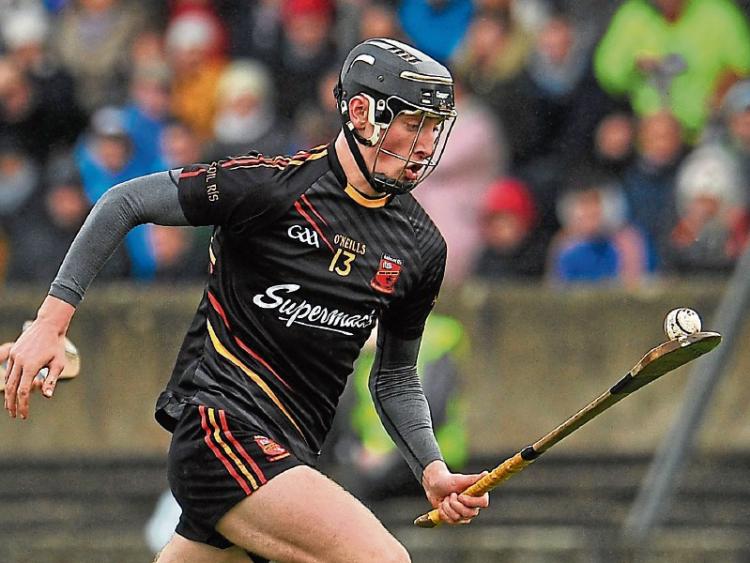 ARDSCOIL Ris powered into the final of the All Ireland Post Primary Schools senior A hurling championship with an absorbing 1-18 to 0-20 semi final win over Presentation College Athenry.

This Croke Cup semi final took place in the GAA grounds of Doora-Barefield, Co Clare in front of a fine crowd and it was a 62nd minute winning point from Brian Ryan that advanced the Limerick city secondary school to a third ever final in this prestigious competition.

Ardscoil were beaten in the Croke Cup finals of 2010 and 2011 by St Kierans College. Once again it will be the Kilkenny side that provide the All Ireland final opposition on Easter Monday March 28 in Thurles.

From the off this was a thrilling contest.

Indeed the throw-in was puzzling with Conor Boylan putting the ball in the Athenry net within seconds of referee Johnny Ryan throwing in the sliothar. However, the Atheny goalkeeper was nowhere to be seen, which bizarrely saw the referee rule out the goal and restart the game!

Ironically it was to be Boylan, who was to notch the crucial goal in the 54th minute. A goal that put Ardscoil Ris ahead for the first time since the opening minute.

Athenry were 0-12 to 0-10 ahead at half tiem after playing with the aid of a gently breeze.

The Galway side were 0-11 to 0-5 ahead until a run of late Ardscoil Ris points from Paraic O’Loughlin and Paul O’Brien frees.

On the second half resumption Athenry stretched the lead to four points and entering the final quarter were still clear, 0-17 to 0-13.

O’Loughlin and O’Brien (free) cut the gap and then six minutes from time came the Conor Boylan goal to put Niall Moran’s men ahead, 1-15 to 0-17.

Two great frees from O’Brien increased the lead and Ardscoil Ris looked safe until a late run of three Athenry frees tied up the contest in injury time.

Firslty Sean Mullane did brillantly with a point-blank save to deny Mark Kenndy and then up the field went Ardscoil Ris for Brian Ryan to score the winner.