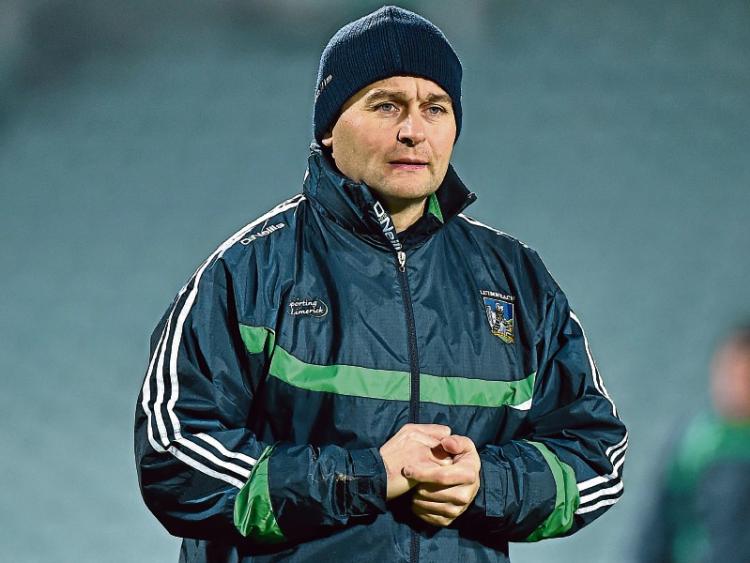 LIMERICK and Clare will face-off in a winner-takes-all final round group game on Sunday March 20 in Ennis – regardless of Saturday’s result against Laois.

But TJ Ryan insists that the mantra of one game at a time remains ahead of this Saturday evenings’s Division 1B clash with Laois in the Gaelic Grounds at 5.00.

”We are where we want to be,” said Ryan of Division 1B.

“We want a win again next Saturday, but we have a six day turnaround, and that’s the most important thing right now. Right now we have taken this one game at a time because we have slipped up in the past. All we are thinking about is the game next Saturday,” insisted the Limerick manager

”The Clare game is way out there and all we are discussing for the moment is the Laois game and we want to go and win that because it is at home next Saturday at 5.00.”

The win over Offaly also ensures Limerick a place in the league quarter finals on April 3 but promotion remain key.

”Right now this is a good position to be in with three games played. Right now we got to go and win the game next week and then see what happens after that.”

Limerick continue to work with an big panel, although John Riordan, Kieran O’Rourke and Thomas O’Brien are no longer involved.

TJ Ryan and his Limerick senior hurling management have made seven changes from the side that had eight points to spare over Offaly last Sunday in Tullamore.

There are first league starts for Pat Ryan in midfield and Kevin O’Brien at corner forward.

In the full back line Seanie O’Brien gets his first start of the season in place of Richie English.

In the half back line Dan Morrissey and Barry O’Connell miss out with Paudie O’Brien coming into the team and Seamus Hickey reverting to wing back from his midfield role against Offaly. Hickey will be team captain.

John Fitzgibbon comes into the half forward line to replace Cian Lynch.