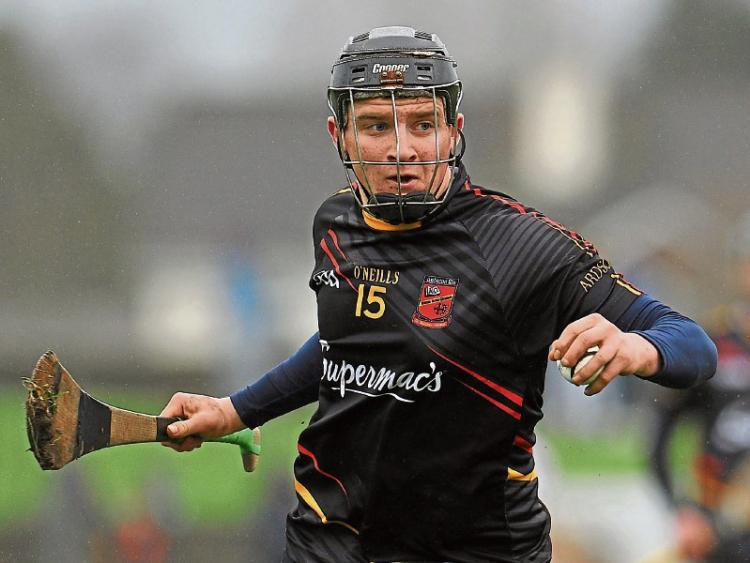 Ultimately, a two-goal salvo in the space of three second half minutes proved crucial for Niall Moran’s Harty Cup holders, as they set up a clash with Connacht champions Presentation College Athenry on Saturday.

Kilkenny CBS were breathing down Ardscoil necks early in the second half, having whittled what was once a six-point deficit down to the bare minimum.

Kilkenny CBS had been 1-8 to 1-9 behind but in the blink of an eye, they found themselves 1-9 to 3-9 adrift and Ardscoil kicked for home from there.

Twice before full-time, Ardscoil led by nine points before clinching an eight-point win.

Ardscoil led by five points at half-time, 1-9 to 0-7, with Peter Casey warming up nicely for his All-Ireland senior club final appearance with Na Piarsaigh.

The 2015 All-Ireland U21 medallist with Limerick struck four brilliant points in the first half and Ardscoil had the ideal start when they scored a fortuitous goal in the very first minute.

O’Loughlin’s effort from the left touchline wasn’t dealt with by Kilkenny CBS goalkeeper Liam Dunphy Dunphy and the green flag went up to signal the opening score of the game.

CBS scored their only goal in the first minute of the second half and this was another scruffy effort as Bill Sheehan scrambled the ball home from close range after Sean Bolger’s speculative effort caused havoc in the Ardscoil goalmouth.

Despite trailing at half-time, CBS could have been much closer but for nine first half wides.

Ardscoil always had that cushion after O’Loughlin’s early effort and despite heavy ground conditions at the home of JK Brackens, they kept the scoreboard ticking over nicely during the first half.

Casey was classy in that opening half before fading out after half-time, with the job done.

Paul O’Brien was decent on the placed balls for Ardscoil Rís while his Kilkenny CBS counterpart Sean Bolger had one of those days that freetakers would rather forget.

Those two second half goals would prove crucial for the winners and they could have had another one 13 minutes from time, when Boylan forced a good save from Dunphy.