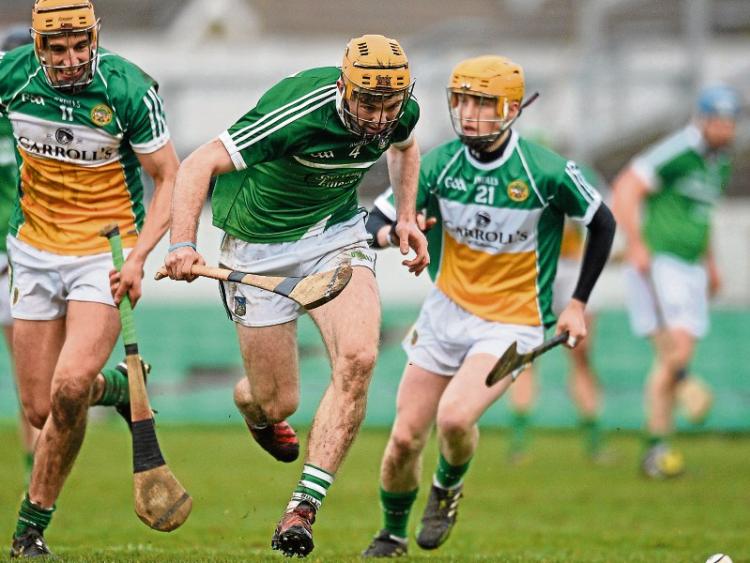 THE Gaelic Grounds hosts an Allianz League double-header this Saturday.

Although it’s only March 12 it could be the final home game for TJ Ryan’s hurlers in 2016!

Saturday’s game is a round four game against Laois and has a 5.00 start and is the curtain-raiser to the football clash of Limerick and Westmeath at 7.00.

Ahead of the game Limerick will welcome back Graeme Mulcahy and James Ryan as options, while it is hoped that top-scorer Declan Hannon will recover from an ankle injury.

“He has got a heel injury - he couldn’t put his leg under him,” said TJ Ryan of Declan Hannon after his second half substitution against Offaly.

“He was having a fine game and was the focal point of the attack. We probably lost our way a little when he went off. In fairness to the guys that went in they worked hard and tried hard but we should have had a few more scores and with 15 wides, that is definitely something to work on,” said Ryan.

”Graeme Mulcahy is nursing an injury he picked up during the week and hopefully he will be back and we are expected James Ryan to be back training during the week,” revealed the manager.

“I feel the panel is getting stronger and in order to get a proper assessment of somebody you need to see them in league action and we have more guys that we need to have a look at, hopefully next weekend - it's all part of the process that we are trying to do and we have the Na Piarsaigh guys to look forward to at the end of the month.”

Win or lose against Laois, Limerick will still go to Ennis to play Clare in the final round, safe in the knowledge that victory will secure promotion and end six seasons in the second tier of the league.

That Shannonside winner-takes-all clash is on Sunday March 20.

While promotion is on the minds of the hurlers, the Limerick footballers have three games remaining to see off relegation from Division 3.

They are currently joint-bottom of the league table with Saturday’s opposition, Westmeath. Limerick have a number of injury concerns with Seanie Buckley, Ian Ryan, Johnny McCarthy and captain Iain Corbett all doubtful.

On top of that Gearoid Hegarty didn’t play in Sunday’s narrow loss to Kildare but a positive is that Stephen Kelly and Cillian Fahy have resumed training after injuries.