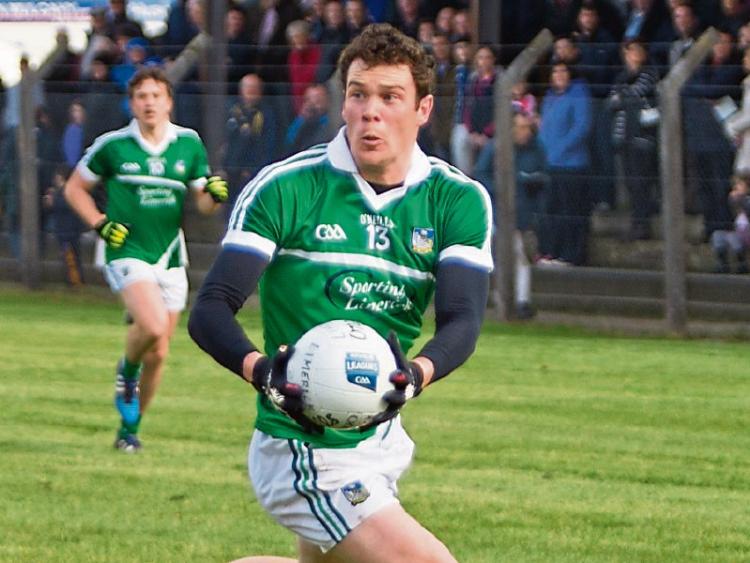 THE Limerick footballers went oh so close to shocking Kildare in round four of the Allianz Football League on Sunday.

True, the final scoreline was glossed by a goal three minutes into injury time but it was no more than Limerick deserved. Twice in the closing period, they were robbed of a lead-giving goal by the woodwork and by an intercepted pass.

Limerick were heavily dependent on frees, scoring just two points from play. On the plus side, however, were the contributions of Seán McSweeney, Killian Ryan and Brian Fanning when called from the bench.

It took a while for the match to get going as both sides banged the ball between the ‘45’s before ending with a Hail Mary but, when Kildare finally decided to give it a lash, Niall Kelly took the fast pass into him, rounded his marker, soloed into range and blasted past Donal O’Sullivan.

Kelly’s free and Fionn Dowling opened the second half to put the Lilywhites back to three points to the good and Johhny Byrne kept it there when responding to Ryan’s free. By this stage, it was looking bad for Limerick as their two most influential players, Buckley and Ryan, departed with injuries but they lifed the effort to provoke a foul for sub McSweeney to convert.

Minutes later, they could have shot into an unlikely lead but Killian Ryan’s rocket on the turn came off the crossbar. To prove that the response wasn’t a bolt form the blue, Cian Sheehan followed up with a scorching run only to see his handpass across the small square intercepted.

Still, they kept the pressure up on the Kildare defence. McSweeney’s free had the gap back to a point and Danny Neville returned it there when swapping frees with O’Flaherty. But with the breaks not falling their way, the effort eventually flagged, Éamonn Callaghan struck twice on the break, O’Flaherty provided the insurance free and Fanning’s fisted goal from the edge of the square off a high delivery was just too late as referee Niall Cullen called an end to three injury-time minutes on the kickout.