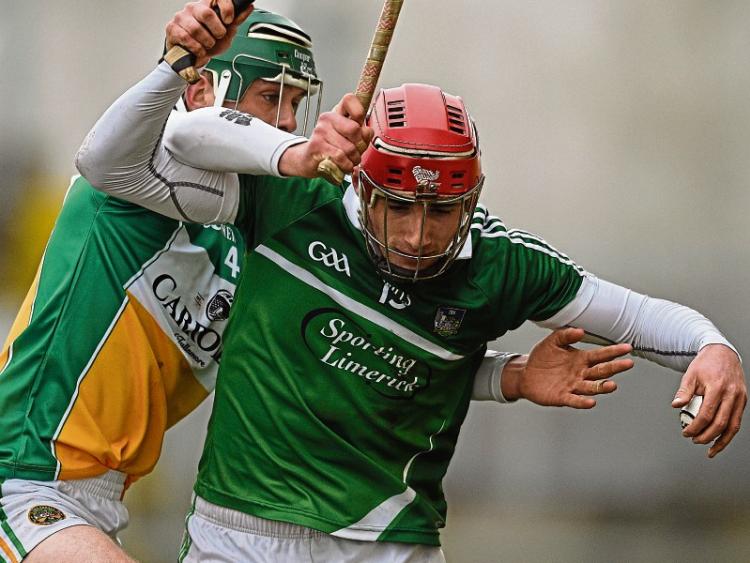 THE Limerick hurlers remain unbeaten in Division 1B of the Allianz Hurling League after today’s 1-19 to 0-14 win over Offaly.

It’s now three wins for TJ Ryan’s side, who play Laois next Saturday evening in the Gaelic Grounds before the final round tie against fellow unbeaten side Clare.

It was a game in Tullamore that saw Limerick hit 15 wides, while Offaly hit 14.

Limerick were sluggish in the second half but finished on top to secure the win.

Limerick hit the final four points of the opening half to lead 1-11 to 0-8 at half time.

It was an opening half that saw Limerick register 11 wides, compared to seven for the home side.

Declan Hannon led the way with 1-4 from play.

The sides were level on five occasions by the 28th minute when it was 0-7 each.

Hannon had three of the opening four scores for Limerick in the first 14-minutes for the scoreboard to read 0-4 each. Tom Morrissey was also on the mark.

But back came Offaly before Hannon had the Limerick goal in the 29th minute. The Adare man punished sloppy defending to edge Limerick ahead.

Morrissey, Hannon and two Diarmaid Byrnes frees ended the half on top for Limerick.

Limerick only had five points in the opening 20-minutes of the second half as Offaly closed the gap to 1-15 to 0-14. It was a second half that saw Limerick go 14-minutes mid-way through the half without a score.

Then Limerick came on strongly with Gavin O’Mahony, Darragh O’Donovan and Diarmaid Byrnes(free) sealing the win.