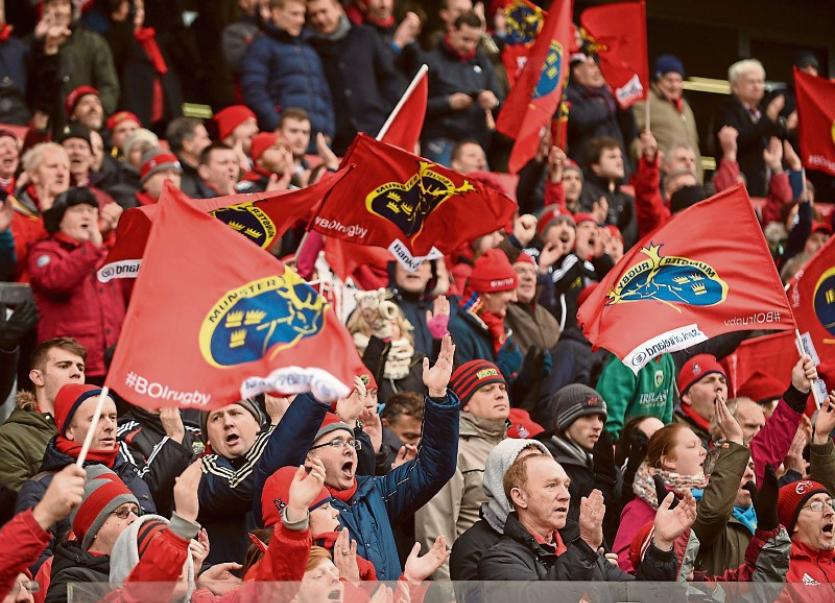 MUNSTER will look to extend the Dragons poor record on the road this season in the Guinness Pro12 when the sides face-off in a vital regular season fixture at Thomond Park this Saturday, 7.35pm (Live on TG4)

The Dragons have lost all eight away games they have played in the  Pro this season, while their only away victory over an Irish province since September 2008 was against Leinster at the RDS in February 2015.

However, Munster have won just one of their last five home games in all competitions, January’s victory over Stade Francais in the Champions Cup at Thomond Park.

Munster are desperate for Pro12 points as Anthony Foley’s side sit in sixth place in the table, nine points behind fourth-placed Ulster. Munster do have two games in hand, including tonight’s fixtures, on their Irish provincial rivals, however.

Munster prop Stephen Archer, is the latest player in line to win his 100th cap for the province in tonight’s game off the bench.

Head coach Anthony Foley said is hoping the Munster supporters will get behind the team as they strive to tie down Champions Cup qualification for next season as well as a play-off place in this season’s Guinness Pro12.

Foley said: "We want home advantage and that's a loud stadium, a real passionate stadium. We had it for the Stade Francais home game, I know it was down to 14,000 in the stadium but the crowd got in behind the boys and the boys responded and gave a great display.

"There's a lot of young inexperienced lads there but they're loving the chance to get to play for Munster and they want to have that feeling when playing in Thomond Park. There's no shortage of talent or want in our side when we play at home but we just need those little things that come with home advantage.

"Simon Zebo, Tommy O'Donnell and Dave Foley are back to us this week so you just have to find a spots for them. Looking at the back-three for example, in fairness to young Darren Sweetnam, Andrew Conway and Gerhard (van den Heever) last week, and Ronan O'Mahony in the few weeks before that, they're putting their hands up and doing a lot of very good things.

"It probably shows the way we're playing that we're talking about our wingers an awful lot in terms of their ability to get on the ball and their ability to beat people - it's quite exciting at the moment."