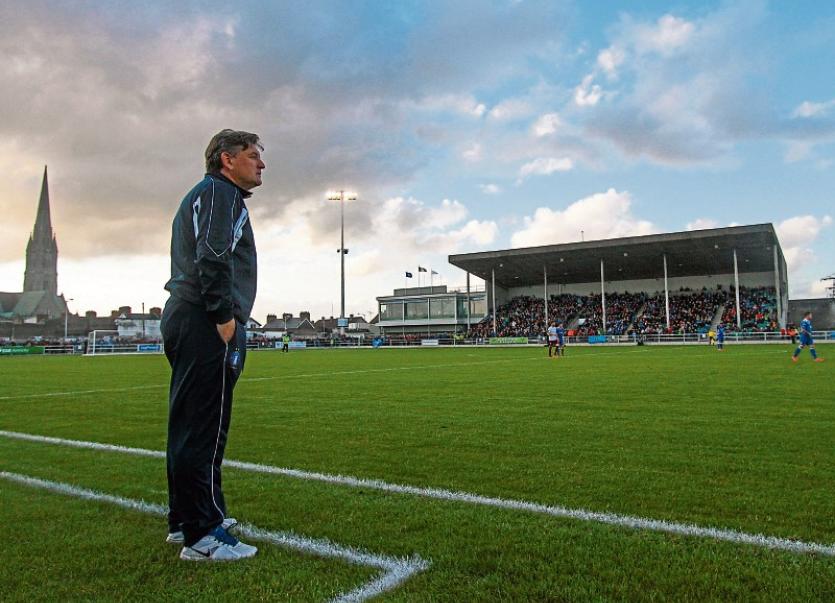 Martin Russell on the touchline

LIMERICK FC kick-off their bid to gain instant promotion back to the Premier Division when facing UCD in a crucial SSE Airtricity League First Division tie at Markets Field this Saturday, 6.30pm.

Limerick’s three-season stay in the Premier Division was ended with their dramatic relegation play-off defeat to Finn Harps in Ballybofey last November. However, Martin Russell’s Blues side are odds-on favourites at 2/5 to win the 2016 First Division title.

Limerick have retained most of their squad from last season while adding the likes of John O’Flynn and Aaron Greene.Greene hit nine league goals with Saint Patrick’s Athletic last season.

Martin Russell said: “We are all looking forward to getting underway – there is a lot of anticipation there. We want to start as well as we can.

“We have had a few injuries and illnesses and stuff like that but, all in all, the group have been bonding quite well. Ideally, you don’t want those things but that’s the case and we have to work towards getting the injured lads back as soon as we can.

“Last year, UCD had the European experience which kept them in good stead and they were challenging throughout the year. They know what the First Division is about but we have to make sure we perform better than that standard if we want to go up as Champions.”

Val Feeney remains a Limerick player but has gone on-loan to Athlone Town. A number of Under-19s have also been included in the senior squad.