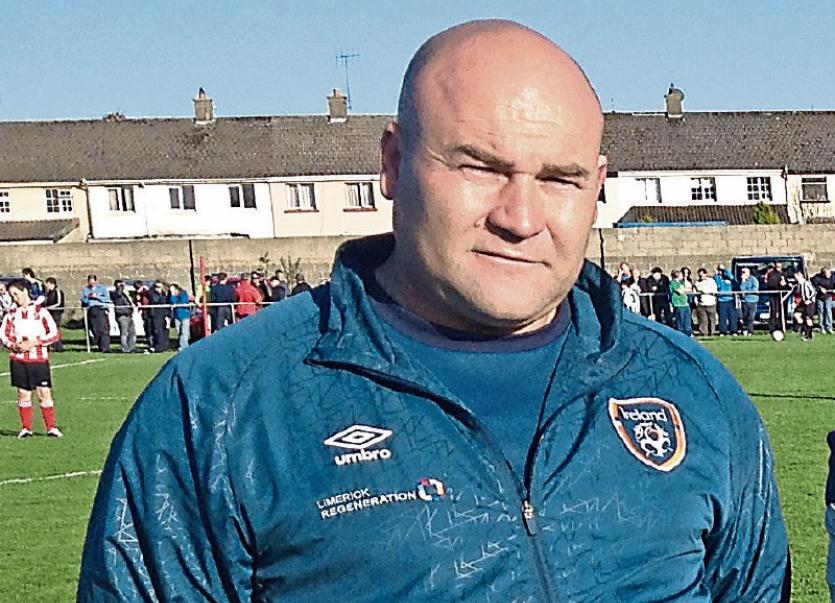 LIMERICK Inter County Youth side host Wexford DL in Annacotty on Saturday evening, vying for a place in the semi finals of the National Tournament.

Under the guidance of Martin Sugrue and Jason O'Connor, Limerick have come through their Group campaign with two wins from two games.

They opened their campaign with a 6-0 win over North Tipperary. David Hannon was scorer in chief with three of his sides goals. Ben Wallace, Dylan Kennedy and Aaron Murphy were also on target.

They followed up with a 2-1 win over Clare in Ennis with Hannon again getting on target, Steve Daly also netted.

They meet a Wexford side who came through their group which included Carlow and Kilkenny.

The form of Fairview and Nenagh in club games will stand to Limerick as the squad has a large total from the two sides.

With home advantage hopes are high that we can bring the trophy back to Limerick after a 13 year gap.

On the Junior front it's the Munster Junior Cup that takes centre stage with the all Limerick clash of Moyross and Fairview Rgs attracting most attention.

Both teams won last weekend with Fairview particularly impressive in a 4-1 Lawson Cup win over Premier League leaders Regional United. Hero on the day was youth player David Hannon but they will have to plan without him this weekend as he assists the Limerick Youth side.

Moyross beat Aisling Annacotty 3-2 but they seem to be keeping their best form for cup fare.

With a big crowd behind them Moyross could make life difficult for Paul O'Donnell's side but whether they are capable of containing Paudie Quinn and Co remains the question.

The Kerry man has been a revelation since joining the Blues and will prove a real handful for Ken Meehan and Shane Guerin.

Regional Utd B are Limerick's surprise packet at this stage of the competition and they meet an unknown quantity in Cork Eagles.

The Southerners are in the bottom half of the Cork Shipping League but Regional, despite plying their trade in Division 1B, have a squad stuffed with players with plenty of Premier experience.

Pike Rvs have the toughest draw against one of the provinces top sides in Newmarket Celtic A.

The Clare side are in the final of the Munster Champions Cup where they will meet Pike again while they are drawn to meet Janesboro in the FAI Junior Cup.

Pike are in fine fettle and with a number of Clare lads it will only add further to the game.

In the Lawson Cup Murroe host a Holycross side going through a minor blip while Hyde Rgs will relish a shot at Premier side Geraldines in another exciting tie.

In the Premier League leaders Regional will have their credentials tested by a Carew Park side who will take over top spot if they can win.

Albert Slattery's men have been going through a bad spell but on their day are capable of beating anyone. Regional will be looking to bounce back after last weekend's disappointment against Fairview.

The virtual relegation six pointer between Summerville Rvs and Mungret Reg is fixed again on Sunday but after four previous postponements we await with bated breath.

In Division 1A Nenagh held off the challenge of nearest rivals Newport last weekend and this time out they meet another contender in Kilmallock where they will get little cheaply.

An interesting tie in Division 2B top side Nenagh host second placed Croom Utd where a win for the homesters would make them unbackable favourites to take the title.