Blues get Galway boost ahead of First Division opener 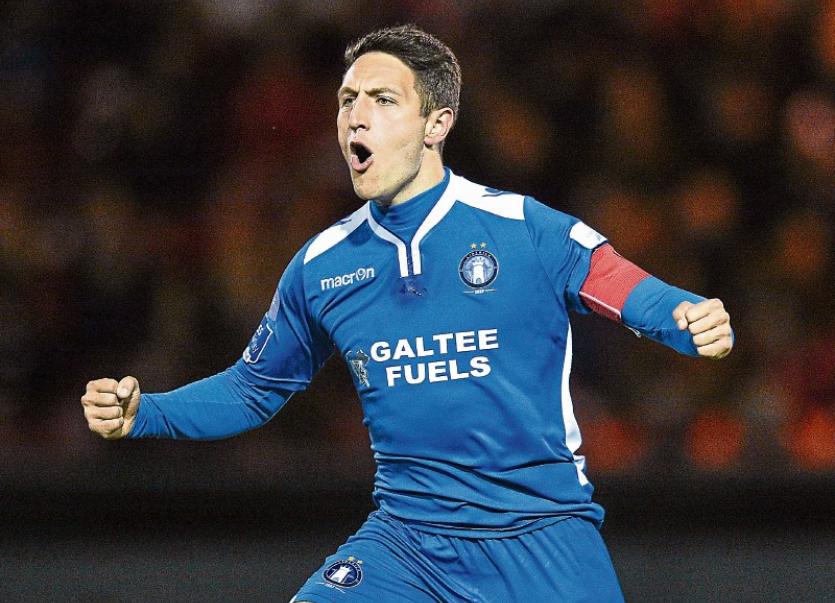 LIMERICK FC enjoyed a ‘good confidence booster’ ahead of next weekend’s start of the new First Division season by beating Galway United at the Markets Field on Saturday night.

Limerick, relegated from the Premier Division at the end of last season, kick-off life in the First Division with a home tie against UCD at the Markets Field on Saturday, 6.30pm.

While Blues manager  Russell was disappointed with the concession of that goal, he said: “There were more things to be pleased about.

“I was happy with most parts – the victory is good leading into the first game. There were phases of attacking play again, the goals that we scored and chances that we created were good – we could have got one or two more as well.

“I’m disappointed with the goal that we conceded and at times, again, we were sloppy. But overall I was pleased. We got caught for the goal and there was a big space for Vinny to go in and finish off. I was disappointed with that, but there were more things to be pleased about.

“There were elements of the defensive display that were good. We looked solid when we were called upon. The whole performance gives us a right chance of being in a positive mood this week and looking forward to the UCD game.

“It’s important to go in with a win and for some of the lads to hit the back of the net – things like that. And there were elements of the game where it was a good confidence-booster against a good Galway side that had come off the back of beating Longford 4-0.”